Burke vs. Lowe: the true winner is the audience

Share All sharing options for: Burke vs. Lowe: the true winner is the audience 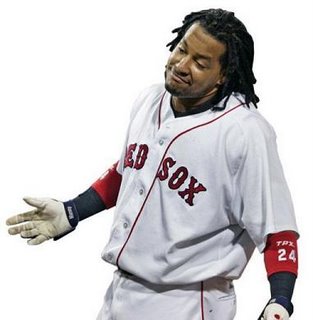 When your GM is compared to Manny, you might be in for a long lame duck year


My best laugh of the night did not come from "Trailer Park Boys" (that show, along with hockey, funny pronunciation and maple syrup prove that Canada deserves a little respect). Instead, it came from Kevin Lowe's slap-fight response to Brian Burke dropping a-bomb quotes for a full year:

"Where do I begin?," started Lowe. "He's a moron, first of all. Secondly, he really believes that any news for the NHL is good news. Thirdly, he loves the limelight and I don't think anyone in hockey will dispute that. Lastly, he's in a pathetic hockey market where they can't get on any page of the newspaper let alone the front page of the sports, so any of this stuff carries on."

I know our peers are like, 'Well, that's Burkie.'


Reading that made me think of Chuck Klosterman's great bit about "archrival versus nemesis." In the beginning of the feud, when "Burkie" had smoke coming out of his ears, people mentioned that the two were considered friends. But maybe they were just nemeses according to Klosterman's definition: everyone figured they were good buddies, but they secretly hated each other.

Either way, this feud is pretty hilarious. "Burkie being Burkie."

(Some people in Toronto are probably squirming right now)