Carlyle gets two-year extension, will he crack a smile?

Share All sharing options for: Carlyle gets two-year extension, will he crack a smile? 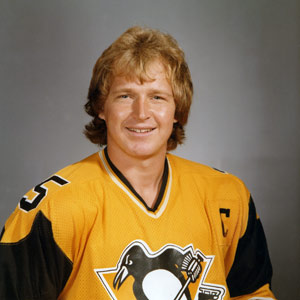 While the rest of the California teams have opted to fire and replace their head coaches this offseason, the Anaheim Ducks have taken a more controversial approach: extending Coach Carlyle's contract another two years. Carlyle, like 85% of Anaheim's roster, was set to have his contract expire at the end of the coming season.

Now I'm not a guy (surprisingly?) who has a whole lot to say about coaching: a lot of what makes a good coach is a good team, and Carlyle's certainly done well when his roster is stocked with its proper dosage of Pronger and Niedermayer. Aside from his players, though, much of a coach's impact is tough for me to isolate. How good a coach would Carlyle be behind the Kings' bench, for example? I'm not sure, but I can say this: Carlyle is one of the most diligent line-matching coaches I've seen, and he has gotten great mileage out of having Pahlsson manage the murderer's minutes and Getzlaf or Selanne milking the easy minutes. I can also appreciate how his blue line is managed; allocating minutes to Niedermayer and Pronger seems like it would be an easy task, but there's certainly in-game considerations that need to be made.

While I can't fully explain or articulate all the strategic nuances that make Carlyle a good coach, I will add that I appreciate his overall grumpiness. One thing that struck me about the last two cup-winning coaches (Carlyle and Babcock) is how awkward they both looked in trying to crack a smile after their final win. In both cases, the attempted display of joy turned out to be a little bit scary and awfully short-lived; smiles were clearly not a practiced expression for them.

It really makes me wonder: how much of good hockey coaching is demeanor? Can a good Xs-and-Os coach be betrayed by a jovial attitude? I don't really know, but regardless, I'm glad to have the grump extended. His system seems to work for the Ducks, and as Superintendant Chalmers once said semi-approvingly about Principle Skinner, "He seems to know the kids' names."