Highlights of the Stars' schedule

Share All sharing options for: Highlights of the Stars' schedule

I might be a little late to the party, but that won't stop me from spilling beer on myself and being an asshole throwing out some sporadic thoughts regarding the Stars' schedule:

Gotta hand it to www.playoffbeard.com


Forgive Brett Hull and Ken Hitchcock if they think back about 10 years on this night when the Blue Jackets visit the Stars.

The Rangers probably rank pretty low on the list of teams that were jilted by Sean Avery, but it should still be fairly interesting to watch Avery, the unsavory's return to MSG.

Home Games, by the month:

Away Games, by the month:

So, by my super sophisticated calculations, the Stars have:
Don't be surprised if the Stars have a fairly middle-of-the-road start, explode around Valentine's Day and then once again struggle a bit toward the end of the year. With all the stat heads blowing their wads about fancy, Beautiful Mind-ish equations it would be funny if the Stars' season came down to the simple math you see in that list...

Oct 31 - Nov 11 is a five game road trip in which the Stars visit the refurbished Chicago Blackhawks, the not-so refurbished/hard to believe they almost signed Mike Modano Boston Bruins, and then a BoC trip to SJ, Anaheim and then LA for a home-and-home with the Kings.

The Stars might immediately fuck up their New Year's resolutions in a tough four-game Western Conference road trip that goes from Edmonton (Jan. 3) to Colorado (Jan. 5) to Detroit (Jan. 8) and then finally to Phoenix (Jan. 10). Thankfully, there's a nice break between Colorado and Detroit (although the Stars always struggle in John Denverland and we all know Turco's had a struggle or two as a pro in the Joe). 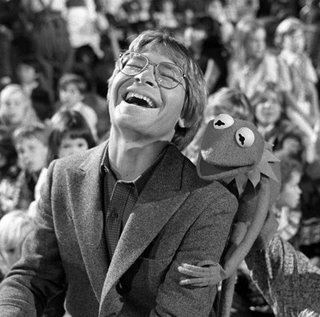 Aside from those two trips, the Stars have a few 3-gamers here and there. With just a quick glance, I'd say the Stars were spared by the road trip gods.

Both of their biggest home stands come in February, the month Stars fans should hope that the team is at its hungriest and healthiest.

The first is a four-game one. It starts with their second game of the season against the New York Rangers (Feb. 6), then a game against the hated Nashville Preda-thors (Feb. 8), then Gretzky, Jokinen & Co. (Feb. 11) and finishes off with the punch-less Canucks (Feb. 13). The Stars should be deeply disappointed if their record is worse than 3-1 in those four games.

The biggest stand comes after they have a two-game shite tour of the Central Division (vs. Chicago and C-Bus).

That should definitely be an interesting run of games. Why does the NHL think it is a good idea to go against the sports tradition of dark road jerseys?