New information is leaking about the Kings' new jersey for the upcoming season, thanks to Howard Berger of HockeyBuzz. Here's his description of what the jersey will look like:


LOS ANGELES: The Kings will unveil a predominantly black jersey with the letters "L A" inside a pencil-point logo on the front. Broad white stripes will adorn each arm. A thin white stripe will run horizontally on each side of the jersey, just beneath the shoulder. There are no stripes at the bottom of the uniform. The color purple – widely evident in the Kings’ primary jersey – will likely be featured in the number outlines of the alternate, though the photo copy I have doesn’t clearly show it. A better idea would have been a reprise of the Kings’ original purple and gold uniforms from 1967, but the club marketers are apparently not bent on tradition.


Now, can someone tell me what a "pencil-point logo" is? I have no idea. Also, I'm a little worried it'll look like a roller hockey jersey, what with the broad white stripes down the arms and nothing at the bottom of the jersey and all that. One bonus? No purple. I don't know about you, but I hate the purple addition to the black and white. Why purple and not gold? It bothers the shit out of me.

This jersey sounds like it'll be a compromise between the Kings' current jerseys and their Chevy logo days from the '90s. I'm all for any jersey that reps LA, so I'll give this jersey a tentative thumbs up for now.

Update: Reader Andrew points out that the description reminds one of the Galaxy logo: 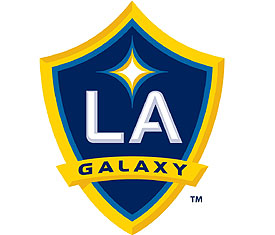