Letter From a Ducks Fan

Share All sharing options for: Letter From a Ducks Fan

Hey guys! My name is Jacquie and I am, like, the biggest Anaheim Ducks fan ever! I know you are too, and it's pretty much the bestest thing ever. I've been a Ducks fan since all the way back in 2005, which I think is when this league they play in was found. My dad's company has tickets and I try to go to as many games as I can. Me and my friends Aubrey, Audrienne, and Crystyna go to almost every game and we always have such a blast trying to get on the jumbo-thing. I love everything about hockey, from the hot guys to the little kids skating in between innings to the free drinks I get from old guys. It's sooooo awesome! 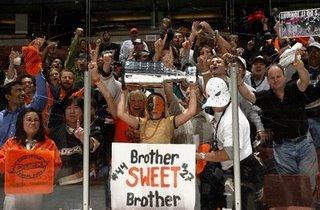 My favorite player is definitely Ryan Getzlaf. Have you seen his cheekbones? He's sooo cute! I also like George Parros (he looks like my older brother!) and of course Teemu Selanne. I definitely assume hes one of the best guys in NHL history, right? Waaaayyyy better than that jerk, Paul Kariya. I don't know who that is, but my boyfriend said he's bad. My dad loves some guy named Pahlsson, but he doesn't even score! Don't you love my haircut? 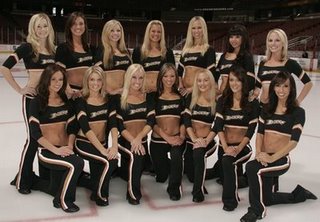 What's up with other fans being jerks all the time? Every time a Candadian team comes along, people are all mean and say we dont know anything about hockey, but that's totally not true. They're all like, "Sit down you stupid bitch, you can't take pictures during the middle of a game!" and I'm all like, "Whatevs!" I mean, if we didn't know anything about hockey, why would we have a team? I'm pretty sure that means I'm smart. 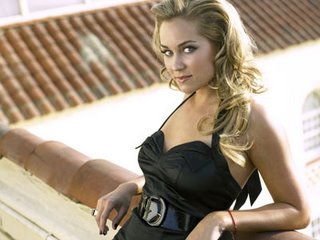 Okay, I have to get going to an Angels game, and then I'm going to Coldstone and then maybe head over to Mackenzie's, but I might just go to my boyfriend's instead, I haven't decided. Thanks for taking time to read, I know how hard it is. I think the Ducks are definitely going to win the championship this year, thanks to my future boyfriend Ryan Getzlaf and that one big guy with the pads in the net thingy. If you make it out to a game, look for me: I'll be the one looking adorable! Byeeeee!!