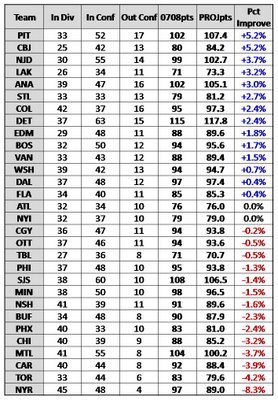 Teams that struggled in their own division will probably enjoy the new schedule; same with teams that dominated the opposite conference. Take a look at where your team stands, and feel free to comment on my lazy, overly-assumptive approach.