Share All sharing options for: Sleek gets ImMirtle-ized. Go Pigs! 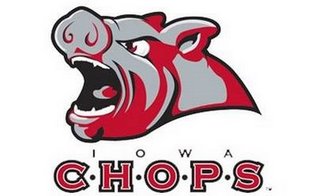 So I was mostly without internet today, and didn't see this until late. Apparently the Ducks' AHL affiliate, now in Iowa, came out with this new name and logo. And it wasn't until I read this post that I realized that as a Ducks fan, I guess I'm supposed to be outraged.

Ummmm, sorry, but I really can't care one bit. In fact, I'm mystified that this bothers Ducks fans at all.