Share All sharing options for: Sometimes, less is more 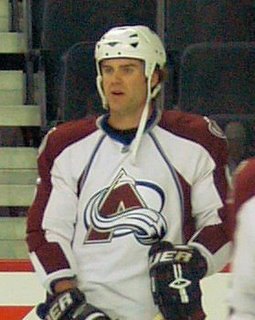 Jeff Finger. $3.5 million. These two things should never go together...*

But on this day, just about anything could happen. Sharks fans might be disappointed that they missed out on Brian Campbell (ridiculous $7.1 million price tag) and Wade Redden (being paid $6.5 million until he's 37 years old by the always stupid New York Rangers), but honestly, the money that's flying around has been mind numbing.

Bad players are getting paid; good players get ransom money. I wrote glowingly about Brian Rolston, but christ, at $5 million a year he better score 120 goals for the Devils over the course of that contract (not going to happen).

Redden was my choice for the Sharks, but he would have been an albatross considering the multitude of young talent on San Jose's roster.

Maybe, after being spurned by Campbell and Redden, the Sharks can stumble onto a guy who might be nearly as good for MUCH more value (like, say, Ron Hainsey).

I'd say there's more to it than that, but then again, Bertuzzi's kind of a piece of shit. The Kings would be much better off taking a gamble on Ray Emery. And not just because I'd have the opportunity to make insect eating jokes.

* - Jeff Finger is so anonymously mediocre, I'm not even certain that's actually him. God, the Maple Lea(ves) are fucked.