As most of you are aware, Marcel Goc writes for the San Jose Sharks website. His blog is, in a word, amazing. My pal Megalodon was able to convince Marcel to write a special post for you people here at Battle of California. Ladies and gentlemen, Marcel Goc.


Hello again and welcome to my blog. My name is Marcel. I hope you enjoy it.

I have been in Germany for the summer. It is nice to be home. California has nice weather but every day is the same. In Germany we have seasons, which I miss sometimes. But sunshine is nice too.

Many changes have happened for the team in the past few weeks! I haven't been paying much attention, but my good friend Christian Ehrhoff told me that he has re-signed with the team for three years. That is good. He is also from Germany, which is where I am from too. 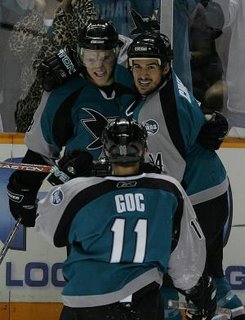 I have been playing a lot of chess. I can usually beat my grandfather most of the time. He has a weak brain. He is 96.

My agent handles all the business stuff for me. He told me that we are going to do something called "arbitration." He said that means I will get more money. I do not really care. As long as I have hockey, chess, and SOCOM, I am fine. I would like to get into the lineup more though. I am a good player. I am definitely better than Jody Shelley, who has a name like a woman. He has a weak brain.

In Germany every July we have a big summer festival. It is kind of like July 4th in America, but instead of fireworks we throw stones in the air. When someone gets hit with a stone it is a sign of good luck for the year. It is lots of fun, especially for the children. 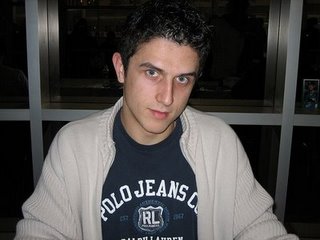 I am confused about one thing. When I look at the Sharks website roster, my name is not there. Did my name get taken off because of this "arbitration"? That makes me sad.

Well, I had better go now. Christian Ehrhoff is coming over and we are going to play SOCOM. I can usually beat him because he doesn't know how to concentrate. He has a weak brain.