Short Answer: The Kings are boned.

Long Answer: The Kings are really, really boned. According to Rich Hammond, the Kings had 3 targets this off-season and were expected to acquire 2 of them. Those men were Rob Blake, Brad Stuart, and Brooks Orpik. Because of this, Lubo became expendable and we traded him. (Whoops!) Blake boned us, Brad Stuart signed with the Red Wings (who are just going to fuck everyone next year), and Orpik signed a really long deal to stay with the Penguins. So, basically, the Kings are boned on defense. Here's what we have right now, not assuming prospects:

So, all the Kings need is a top-pairing defenseman and a 2nd-line guy. (That's it!) The Kings are okay on the penalty kill, but our power play is going to be pretty atrocious if we can't find someone to fix it. Johnson could probably quarterback the power play, but he can't play top minutes in all 3 facets of the game. Last year, he only played penalty kill and even strength and he still averaged almost 27 minutes a game when Blake was gone. Preissing is good on that 2nd unit but that's about all he can muster; same with Harrold. Greene and Gauthier are both idiots and can't play on the power play. Basically, the Kings need to sign someone with a basic level of offensive acumen.* There's three different ways the Kings can go about solving their problem: free agency, trades, prospects. Let's look through each one and see if we can't find a glimmer of hope.

*Isn't it funny, last year all we had were shitty offensive defensemen, and now we don't have enough! Do you think that's funny? Well, it isn't. Don't laugh at the pain of others, you sadist. 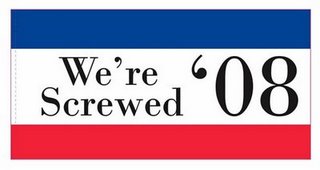 Looking at the list of available defensemen, I'm not really seeing anyone that great. It's like that old Groucho Marx line, "I refuse to join any club that would have me as a member." If a guy is willing to sign with this team then there's probably something wrong with him, whether he just wants the money or he wants to live by the beach or whatever. The best guy available is Jason Smith, but he's probably signing with a contender. He could probably be lured to LA with the promise of lots of playing time and a fuckton of money. But why would any free agent sign in LA, knowing that the Kings won't be good until they're gone? Plus, they would have to know that Lombardi would try to trade them at the first opportunity. I would much rather just sign with another team that I think might be good sometime in the life of my deal. So, that leaves the trade route.

The obvious one is Mathieu Schneider, the guy Sleek has been pimping for the past few weeks. The Ducks have a unique dilemma: they could get a good haul for Schneider from a contending team (like Ottawa), but they wouldn't really want to trade him to a team they might meet in the playoffs. Meanwhile, teams like the Panthers or the Thrashers don't really need Schneider enough to offer anything for him because they're going to suck with or without him. The Kings, on the other hand, need Schneider to quarterback our power play and keep things a little respectable. I would have no qualms about trading a young forward prospect to the Ducks for Schneider. This trade makes sense for both sides, yet somehow I know in my heart that it will never, ever happen. Call it women's intuition. 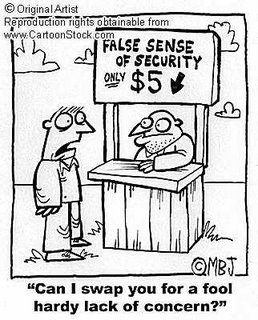 Another option is Brian McCabe, the besieged defenseman from Toronto. McCabe is both more expensive AND shittier than Lubo, but he could probably be had for cheap and he is a left-handed shot. I don't think it's worth it, but I'm just throwing him out there. 3,2,1... okay, now there should be about 4 blog posts on Toronto sites with trade offers like "McCabe, Tlusty and a 2nd for Frolov and Brown." (Why is there always a 2nd-rounder when someone makes a ridiculous proposal?)

Then there's always Jay Buowmeester. I don't even know what he would command or what Florida would want for him, but a guy can dream, can't he?

(The Sharks have too many defensemen, but we're not trading for any of them. Fuck those guys.)

But any of these trade options have 2 flaws: the Kings will have to give up something from their prospect pool and it won't really make them that better. I mean, is it really better losing 4-2 as opposed to 5-2? The Kings would only make a trade for reputation's sake and I only put it up as an option because I don't want to watch them lose all next year. In all likelihood, the Kings are just going to go with the 3rd option: prospects. 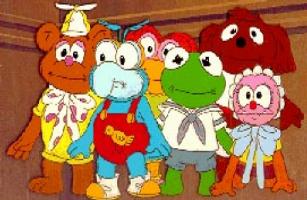 The good news: if you're going to have to go with young guys, these are the young guys you want to go with. The Kings have a nice mix of young prospects that could eventually play top minutes and older guys with low ceilings that could step in immediately. Here's a short list:

Most likely making the team is Drew Doughty, if for no other reason than he wants to. But he'll probably play limited minutes, as he is only 18 and no defenseman has played in the NHL at that age since Jay Buowmeester. I really doubt the Kings will take 2 18 year-olds, so that leaves Teubert out. Hickey could always make the team, but I kind of doubt it since he's coming off that ankle surgery thing. Joe Piskula and Drew Bagnall are both low-level guys that played in Manchester last year and would be an option if the younger guys don't perform in training camp.

The guy I think will be the biggest surprise next year? Alec Martinez. He's the guy from Miami of Ohio and can play both power play and penalty kill. He's a mix of the two groups above: he's got a fairly high ceiling but he's old enough to step in with limited growing pains. This is just me talking out of my ass, but I think he could end up saving the Kings next year.

There is a 4th option, the waiver wire, but I won't presume to know which defensemen may get waived in the future. Just something to keep an eye on.

The Kings' defense is fucked. I firmly believe that Dean Lombardi only traded Lubomir Visnovsky because he thought he could sign Stuart and Blake. Now they're elsewhere and the Kings' defense is shaping up to be Jack Johnson and the Misfits. I don't know what Lombardi is going to do now, but he has to do something. Right now, the Kings have the worst defense in the league.