Last time, I outlined why the Kings' defense is fucked and how they can go about fixing it. To cheer us (read: me) up, let's take a look at the offense. As expected, the Kings didn't sign anyone and are expected to fill holes from within. Those unfamiliar with the Kings might think that they're fucked on offense too, what with them losing 3/5 of their top power play unit* and all; however,** I think the Kings are going to score more than they did last year. A lot more. There's a couple of reasons for this: one, the Kings have all the important people coming back, and two, the Kings' bottom six is going to be infinitesimally better than last year's. Also, since everyone good on the Kings is young, the gradual improvement that comes with age should help too. Shall I go painfully into detail, fully aware that no one reads this but my brother and my parole officer? Sure, why not. What else am I going to do, take a dump? I can multitask.

*Of course, that power play finished 17th in North America... well, 18th. What, the Guadalajara Guerrillas have an amazing team.

**I had a teacher that claimed you couldn't start a sentence with "however," that you had to start it with a semi-colon. Is that bullshit or what? Seems like I've seen that before. Oh well, I'll just claim creative license. 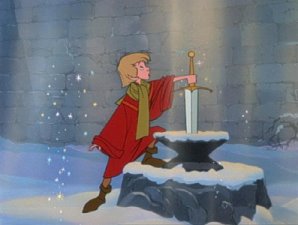 This picture seem out of place? Creative license!


The Kings losing Rob Blake and Lubomir Visnovsky is going to hurt their offense. Losing Lubo especially, because he was basically the only player Frolov had to play off last year. The power play system the Kings ran last year didn't require a power play quarterback on the blue line, though, so losing them doesn't hurt too much on that front. As long as the Kings have Kopitar and Frolov, their power play will be fine. Acquiring Jarret Stoll will basically replace Cammy on the power play (hopefully he won't hold onto the puck so Goddamn long) and planting Brian Boyle in front of the net will kick ass. The Kings still need another guy that can help out on the power play, but overall I think they'll be fine.

The 1st line is the 1st line. Kopitar and Brown will be amazing and even better than they were last year. I'll leave it at that because if I try to write more it'll end up being 30 pages of love imagery and no one wants to read that.

The Kings' 2nd line will be in a state of flux, as it's mostly been Frolov-Armstrong-Cammalleri the past 2 years. This year, Jarret Stoll will likely step into that 2nd line center role. He's had a rough few years and I think the best thing for him would be to just stick him there all year and let him leech off Frolov. C'mon, he's gotta be better than Derek Armstrong, right? Cammy will be a little touger to replace, but the Kings can probably put either Ted Purcell or Patrick O'Sullivan in his spot and not skip a beat. His talent is tough to replace, but his output from last year isn't. 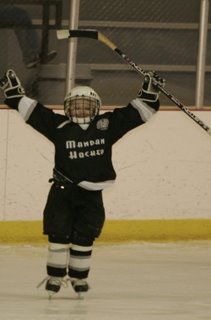 The Kings will be replacing Scott Thornton, Brian Willsie, Matt Ellis and Jeff Giuliano with Brad Richardson, Brian Boyle, Ted Purcell and Matt Moulson. The old 4 combined to score 12 goals in 207 games. The new 4? 12 goals in 62 games during limited call-ups last year. They're not regular rookies, either; they're all older than Kopitar and they're going to be running full-speed from day 1. Purcell in particular should probably be a Calder candidate next year and I imagine Brian Boyle will have a season very similar to Dustin Penner's rookie year. The Kings' offense is going to be bigger, faster, and non-Brian Willsie'd next year. Most importantly, they are going to be very young and very hungry. Michal Handzus, Kyle Calder, Raitis Ivanans and Alex Frolov are going to be the only forwards over the age of 25 next year. It's going to be kind of amazing to watch. 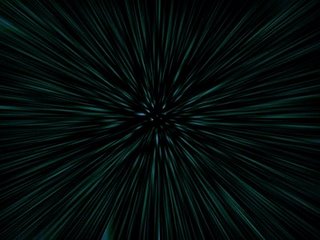 It's funny, the Kings were 15th in goals last year but I look at that team and I think, "They should've scored a lot more." Think what would have happened if Cammalleri hadn't ripped his rib muscle or if Ladislav Nagy hadn't been hit by that turnip truck. (What the hell happened to that guy anyway?) I think the biggest difference between this year and last is that the Kings will actually have depth. If Brown gets hurt the Kings won't have to put Scott Thornton on the top line; they'll have Matt Moulson or Gabe Gauthier ready to step in. They may have a shitty defense, but the Kings offense is going to break a lot of hearts next year.

Just for shits and giggles*, here's an early guess as to what our offense will look like next year:


*Do people giggle while they shit? Maybe I'm doing it wrong.