As related in the last 2 segments, the Kings aren't going to be very good next year. They're going to score a lot and give up a lot and will most likely finish 5th in the conference again. With that knowledge, one might wonder how the Kings are going to possibly attract any fans. Last year, the Kings had the tagline, "We Play for LA," which I did not like. The Kings focused on Anze Kopitar, Dustin Brown and Jack Johnson near the end of last year, which I imagine they'll continue doing. Still, they'll need a little more to appeal to the LA consumer, an incredibly fickle lot. Since I'm smart and incredibly good looking, I thought I'd help out the Kings and come up with a few slogans for them. Granted, my only marketing knowledge comes from that 30 seconds of Mad Men I caught once, but I think that's more than enough. Feel free to come up with your own ideas in the comments. 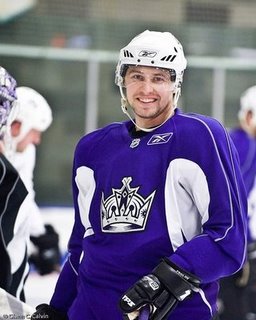 
"We're adorable!" I'm not going to lie, the Kings have a good looking team. Frolov has that smitten look on his face all the time, Jack Johnson's got a "come hither" smile, Jarret Stoll has a Harry Osborne quality about him, and Dustin Brown... well, he just has a big dick. And the new guys are also adorable. Look at Brian Boyle, he looks like Joe Millionaire! And I want to adopt Ted Purcell. I say the Kings try to tap into that cougar market. Make a calendar, give Kopitar a puppy to hold, and the Kings are golden. Sure, they're going to get scolded when they get into a fight, but Sean Avery isn't going to start shit if he knows he's going to pelted with pocket books on his way to the bus.

(Do women carry pocket books or am I just 90 years old?) 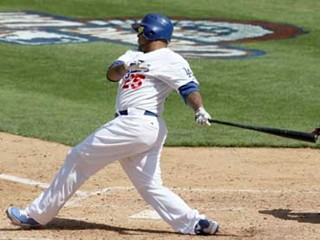 "We don't have Andruw Jones." There's a lot of Dodger fans out there, and most of them are just as disgruntled as myself. Why not try to lure them over by pointing out the advantages of being a Kings fan; namely that you don't have to watch some fat asshole flail around 4 or 5 times a game like you do when you watch the Dodgers. Goddammit.

"We're the Lakers." This suggestion is a little out there, but I think the Kings should change their name to the Lakers. I figure at least a few people will get confused as to which Lakers team is playing and will accidentally show up to a hockey game. Hopefully they'll just decide to stay and watch the game. Hey, it could work. 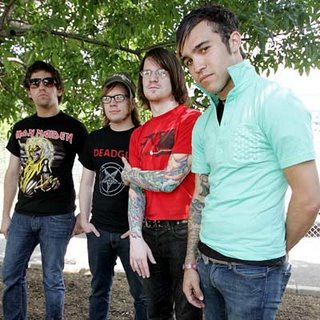 "ThE KiNgS r SiCk BrO!" There are a lot of douche bags in Los Angeles, as any native knows, and the Kings should exploit that. They could advertise in LA Weekly, give discounts to people that wear American Apparel, have Fall Out Boy play the national anthem, stuff like that. I couldn't go to the games anymore because 1) I wouldn't be able to see because jackasses would be standing and waving at the jumbotron the entire time and 2) I'd kill someone, but that's okay, I don't go to many games anyway. If every douche bag in LA went to just one game, the Kings would dominate attendance numbers.