The 5 Ways I'd Change the NHL

Share All sharing options for: The 5 Ways I'd Change the NHL

As you know, everybody and their mom has been invited to write a lazy post postulating 5 ways they'd change the NHL over at Puck Daddy. Everybody except me. (Whatever, Wyshynski, Bon Jovi sucks. There, I said it.) Still, not being invited to something has never stopped me before (e.g., the prom, my parent's 40th wedding anniversary), so I made my own list. These are my 5 ways I'd change the NHL. 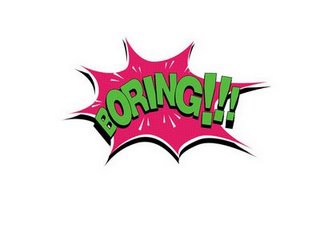 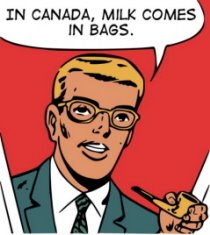 2. Put a cap on the number of Canadian players. Canadians like to say that hockey is their game, but the reality is that over half the revenue in the league comes from the United States. American viewers won't watch a game if there's not Americans in it, so let's cap the number of Canadians at, say, 30% and fill that void with good, honest, hard-working Americans. Don't worry about those Canadians losing their jobs, though; from what I understand, they have a great welfare system going on.
3. Make every game an outdoor game. We all saw the Outdoor Classic and thought it was awesome; why not have that atmosphere every game? Make every NHL game an outdoor game and the media will pick up on it, the 30% of Canadian players will feel like they're back at home, and sponsors will love it. People sometimes complain that the NHL doesn't get enough attendance, so putting the league in larger venues means they'll get more people, right? I see no reason this wouldn't work. 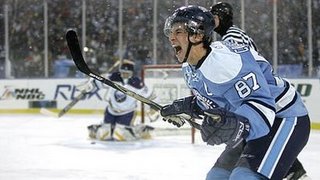 In a similar vein, I'd put the Super Bowl on every week.


4. Erase Winnipeg and Quebec City. I mean literally erase them with a nuclear strike. Hey, it's a little radical, but I figure if Roger Goodell can suspend NFL players that have never been convicted of a crime then I can commit a little mass destruction. Erasing Winnipeg and Quebec City means that I don't have to put up with the insane pleas of desperate fans who don't realize that the NHL isn't going to move into an arena with a maximum capacity of 16,000. That way we can give new franchises to cities that really deserve it: cities like Las Vegas, Houston, and Mexico City. 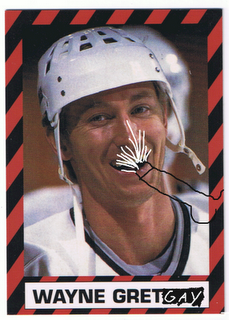 Umm, if he were gay then he wouldn't be married.