I Swear I'm Not Gay

Share All sharing options for: I Swear I'm Not Gay

I am outraged. This list of the hottest guys in the NHL is completely ridiculous. First off, I'm not on it. I know, I'm not technically in the NHL and I'm not technically hot or technically a guy, but still. Also: no offense to the ladies that put together this list, but you have terrible taste. Most of the guys on that list have pointy features (you could cut diamonds on Vinny Lecavelier's chin) and some of the guys are just plain ugly. (Also, why do all Canadians look like they just got out of the pool?) Ovechkin? C'mon. Rick Nash looks like a Garbage Pail Kid and Jordan Staal looks like the monk from The Da Vinci Code. And Rick DiPietro... well he's a good-looking cat, so that's cool. Overall, the ladies were blinded by success on the ice and did not pay enough attention to the men themselves.

Now, as an attractive male myself, I feel I have a pretty good handle on what good-looking is. With that in mind, here are a few NHL'ers that I'd think women would find attractive. Not that I do, or anything. Dude, don't be a fag. 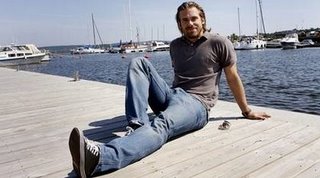 Fisher's got a Casper Van Dien/high school quarterback thing going for him. I could see him on the cover of a romance novel, hair flowing majestically as he takes the sheltered hockey blogger in his arms and... oops, sorry, I got a little carried away there. 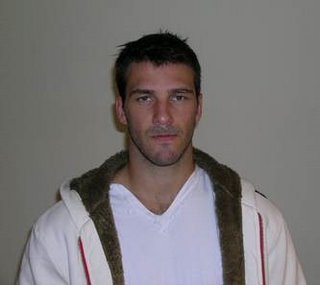 He's kind of scary-looking, and there's that whole "suspected of rape" thing, but I have it on the authority of my sister that he's good looking so there's that. Although she thinks Sean Avery* is cute too, so I don't know about her. I think she might have self-esteem issues.

*I don't know if you guys have seen this, but apparently Avery likes to wear shorts with his business attire. When I think of this, I think Ned Nederlander. 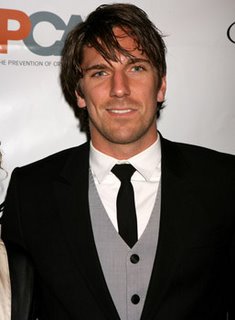 I know, another Swede. What can I say, they're all gorgeous over there. 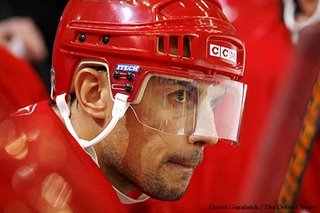 I know he's not playing any more, but I still had to include him. I think he's the only old hockey player that doesn't look like a dinosaur now. Is it possible to get a boner from respect? I sure hope so. I call it a "respecto-boner."


Alright, I need to go do something hetero to cleanse myself of this. I know, I'll watch 300. Have you seen Gerard Butler's gluts in that movie? They're amazing.