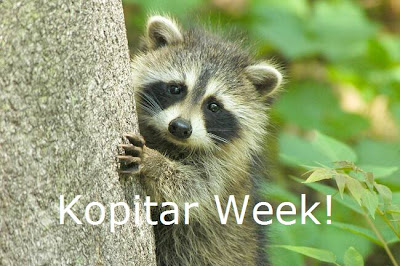 This Sunday, everyone's favorite Slovenian is turning 21 years old. To celebrate, we here at Battle of California are going to spend this week commemorating the lovable bastard, covering what he's improved upon since his first game, what he still needs to work on, and where he sits in the hierarchy of young stars. Today, however, we're going to kick things off with three of my favorite Kopitar moments. If you have one you'd like to share, feel free to leave them in the comments.


Why I Like it: As a Kings fan, you're used to hyped prospects that don't work out. Pavel Rosa, Jeff Tambellini, Denis Grebeshkov, and Jens Karlsson were all supposed to electrify the Kings, only to fall by the wayside once it was time to perform. Even Dustin Brown had seemed like a possible bust at that point. So I took the rumors from Kings training camp that there was a new superstar on hand with a grain of salt. But after that goal I became a believer. Kopitar swung around Chris Pronger and handcuffed JS Giguere and I was hooked. From the first game, Kopitar was a star. I was worried that Kopitar would eventually disappoint me but I think that fear has been assuaged now.

Why I Like it: I like it for a couple of reasons. One, Kopitar took a pretty big hit from Martin Erat at the start of this game and rallied to score 2 goals. There aren't many opportunities for Kopitar to show that killer instinct that he possesses, but he did in this game. Two, Kopitar shows patience. A lot of players will take the first opportunity they have to try and score a goal. It makes sense, in a way; most defenses are so good that you never know when you'll get another chance. Kopitar, though, has an uncanny ability to wait, and wait, and then wait some more. He knows that he's good enough to create more opportunities and uses the defender's assumption that he'll take the shot when he has it against him to create a scoring opportunity. (Sorry, that's a lot of "he's." You can figure it out, you're smart people.) That patience was a hallmark of his first year and this goal is the greatest example of it.


Why I Like it: I still believe that this goal is absolutely unstoppable. There is just no goaltender in the NHL that can move to one side and still outreach Kopitar while he's going the other way. Maybe if the goalie knows that Kopitar will pull it, but even then it's iffy. Kopitar pretty much cemented himself as the unquestioned star of the Kings with this goal.