Letter from a Stars fan

Share All sharing options for: Letter from a Stars fan 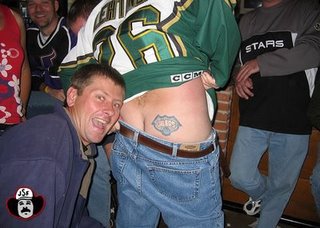 Howdy there hockey fans. With all these Cal-ee-forn-ee queers throwin' their two bits in this there here blogger thang I was fixin' to spit the damn bit! I reckon it's time for me to list the reasons why us Stars fans are the best god damn ice hockey fans in the world! 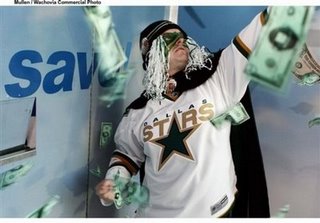 For one thang, we've been around longer than any of those stupid Cal-ee-forn-ee teams 'cept I guess those Los Angle-ess Queens. They started that dumb ass team in '88 with Dwayne Gretzky, right?

Second thang, the Stars gave those treehuggin' pinko California teams a good old fashioned ass-whuppin' in the playoffs this year. And why not? We got the best team with the most talent.

Mike Modano skates like a god damn rooster in a chicken coup, unlike Billy Joe Thornton or whateverthefuck his name is. Then we got Brenden Morrow. He kicks way more ass than that Teamo Salami guy. 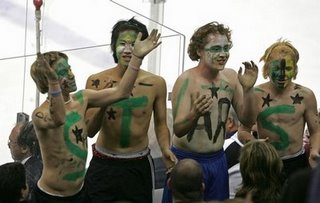 Too bad Tony Romo don't got half the heart of Brenden Morrow – if them Cowboys just learn from the Stars and think with they dicks AFTER the season we'd win a god damn SuperBowl.

Shit, look at our goalie, fuckers. We got Ed Belfour. That drunken sumbitch is a better goalie than any of those LA Queens goalies … and he's usually seein' four pucks by the dadgum third period. 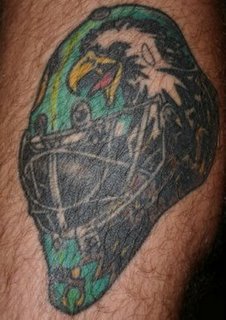 Really, I reckon my only problem with them Stars is that they got so many dadgum people from other countries. Shit, Hull, gimme more last names I can understand! Jokinen – Niskanen – fuckin' hokeypokinen.

Awww shit, son, you got me so worked up I lost track of time and 'ah burned my god damn steak! Oh, welp, I guess I better go. 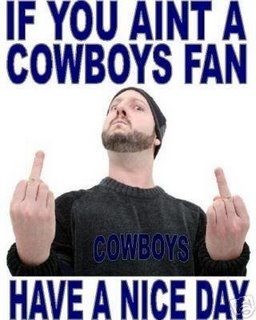