Last Season: A common criticism of Alex Frolov is that he's inconsistent, a charge that I've never understood. Frolov has increased his point total every single year except for the last, but even then his points per game still went up. By now, we all know what Frolov is: he's a good player who doesn't shoot enough but can control the game with his puck possession abilities. I'm of the opinion that Frolov was the Kings' best player last season when he played, not only because he can hold onto the puck seemingly forever but because he is also extremely adept at taking the puck away from the opposition. Frolov isn't as popular as Anze Kopitar or Dustin Brown because he's not a flashy player: he isn't that great at the shootout, he's not going to dangle anyone and he's going to pass up a shooting opportunity to give someone else a better opportunity. You could make the argument that he's the last Soviet player; the younger Russians in the league are all shoot-first, speedy, North American players. Frolov still plays that anachronistic team-oriented game that was a staple of those Red Army teams. It's kind of romantic, in a way. 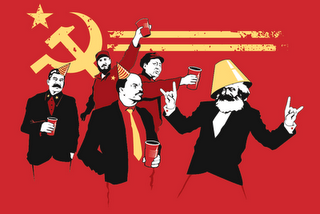 The funny thing is that the season prior Frolov had seemingly taken a step toward becoming more of a goal scorer. That season was the best he's had so far, as he led the team with 35 goals while playing alongside Derek Armstrong and Mike Cammalleri. He did not have regular partners this season and had to create every opportunity for his line. Frolov responded by passing more, taking it upon himself to draw defenders to him with his puck possession ability and then passing it off to one of his bumbling linemates. If Frolov had better linemates last season, I think we would all be talking a bit more about him.

Frolov also never really had a chance to get into a rhythm last season, first sustaining a hamstring injury in one leg while playing in Europe and then missing 11 games with a hamstring injury in the other leg in December. He mostly played with Ladislav Nagy before his injury and Mike Cammalleri when he got back and still managed to put up 67 points, a testament to his ability. The thing with hamstring injuries is that they don't necessarily put you out of commission but they last a long time. Frolov basically played all last season while not being at full effectiveness. Rich Hammond notes that Frolov has been living in the gym this off-season, and I imagine he's strengthening those legs to prevent a similar thing from happening this season. That's good news. 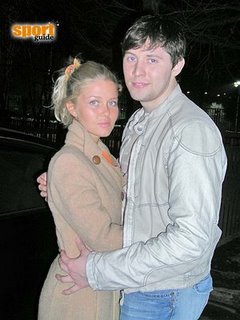 
Next Season: Alex Frolov will most likely be playing most of the season with Jarrett Stoll. Stoll has an excellent shot but by all accounts does not use it very often. The two of them will play off one another and hopefully Frolov will be able to balance more between 2 seasons ago (where he was a goal scorer) and last season (where he was a set-up man). There's no telling what kind of player Stoll will be: will he be the center Frolov has been missing since the first half of 2005-06 or will he be Derek Armstrong 2.0? Stoll kind of reminds me of Craig Conroy and Frolov did play well with him, so I'm cautiously optimistic. The other wing spot is the open question heading into training camp, with the consensus being that either Ted Purcell will win the spot or Brad Richardson will begin the season there. Most likely it'll be Richardson at the beginning with Purcell earning it as the season goes on. 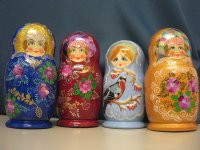 One problem the Kings had last season was their inability to get Frolov enough playing time. He averaged about 18 and a half minutes a game, two minutes less than Kopitar and Brown. Now, this could have been done because Frolov was battling his hamstrings, but I think it was because of a lack of imagination on Crawford's spot. Frolov is a better power player than Kopitar because he is much, much better at moving in tight spaces, yet Frolov was stuck on the 2nd unit because Kopitar was a "1st line player." I understand that Frolov and Kopitar probably can't play on the power play together (because it'd be a never ending display of passes and feints), but I think the Kings would improve their power play if they switched the two. The Kings should also put Frolov back on the penalty kill (because he's awesome at it) and give Kopitar more even strength time. Voila, you've just given your two best players over 20 minutes a game in a way that's similar to the way Zetterberg and Datsyuk are used.

One interesting thing to watch is to see how Frolov will respond to being a leader on the team. He's the longest-tenured King now with the departure of Lubo and is the best player over 25. I'm pretty sure he speaks English fine now and he's gone through the development process that many of the younger players are just now beginning. I think the Kings should give him an "A" next season and see how he does. 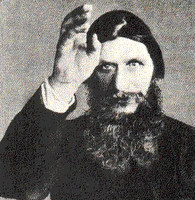 The Kings and their fans take Frolov for granted. There is a perception that Kopitar is the best player on the team and he needs to be taken care of, while Frolov gets to skate with whatever random schlub that happens to find his way into the locker room. I personally think the Kings should have Frolov and Brown skate together but that's never going to happen because Kopitar and Brown already work so well. Still, the Kings could help Frolov out by giving him someone like Patrick O'Sullivan (who's basically Mike Cammalleri anyway) and give him a chance to show his full ability. A 2nd line of Frolov-Stoll-O'Sullivan is pretty kickass.

We're going to begin the whole "will he or won't he sign" thing with Frolov pretty soon. He has an awesome deal worth $2.9 million dollars a year that ends in 2010. The Kings will have Johnson and Kopitar locked up by then and they should have an idea of where Frolov will fit in. Frolov is probably my favorite player on the Kings now and he's the one I most want to be there when the Kings exit the wilderness, but I fear he may be lured away by a more secure future with another team. There's nothing I can do about that this season, though, so I'll just watch the Kings and marvel at Frolov's game. He probably won't have a huge breakout year this season, but he will just keep getting better like he's done every year of his career. As someone who's watched him since he was a turnover-happy 3rd liner, I couldn't be more excited.


(You may be wondering why, after licking Frolov's balls for 1,000 words, I gave him a B. I gave him that grade because he missed a few games and wasn't clearly the Kings' best player like he should be. There's still potential for him and I don't think he's tapped it yet. When he does, he'll get an A.)