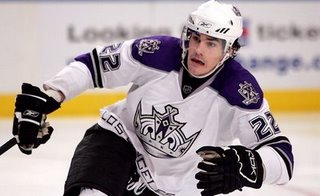 Brian Boyle and Ted Purcell would have been in the NHL last year if Dave Taylor had still been the general manager. All three were and are better hockey players than Brian Willsie, Jeff Giuliano and Scott Thornton, yet they toiled in the AHL last year because Dean Lombardi likes to slowplay his prospects. Slooooowwwwpllllaay. Ted Purcell had a great year in the AHL last season, winning AHL rookie of the year and being named the MVP of the All-Star Game. Boyle also had a great year; after being converted back to forward from defense, he averaged over a point a game while also finding an edge to his game. Still, none of that matters to Kings's fans. According to them, Boyle will easily win the 2nd center job while Purcell will likely spend all next year in the AHL. Why do they think that? Because they're idiots. Because they only trust their eyes. 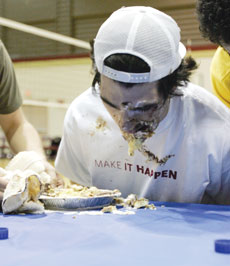 Brian Boyle was the least favorite prospect among fans in the Kings' organization last year. Drafted in the 1st round in 2003, he spent 4 years at Boston College and didn't do too much while guys like Patrick Eaves, Corey Perry and Kevin Klein were all making their mark in the NHL. At the beginning of last season, the Kings were going to move Boyle to defense because they didn't think he had the speed to play center in the NHL. Then he converts back to center, scores 4 goals in 8 games in the NHL, and everyone thinks he's the best prospect in the organization. It's not like he's gotten faster or anything, or suddenly become better defensively. He knocked Dion Phaneuf down, which is awesome, but that doesn't make me feel any better about his prospects over 82 games. 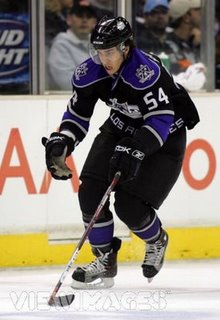 Ted Purcell couldn't be more different. Undrafted as an 18 year-old, Purcell went to the University of Maine and played outstanding, accumulating 43 points in 40 games. He was highly regarded as a free agent but signed with the Kings. Dean Lombardi once slotted Purcell to a first line with Frolov and Kopitar, showing how highly thought of he is by the Kings' organization. He was the key offensive player on the Monarchs last season and has proven himself time and time again. Then he plays 10 games in the NHL, looks kind of timid on the puck, and now no one thinks he can hack it in the NHL.

I am much more confident about Ted Purcell than I am about Brian Boyle going into next season. Purcell's career in the AHL maps out similarly to Patrick O'Sullivan: both scored a huge amount of points in the AHL and won AHL Rookie of the Year, then struggled a little to adjust to the NHL game. I expect Purcell to be used similarly to how O'Sullivan was used last year: he'll probably start out on a line with Handzus and then work his way up to a line with either Frolov or Kopitar by the end of the year. Boyle, on the other hand, is probably going to be a liability at even strength and would be best served centering the 4th line most of the year, while occasionally centering Frolov when Stoll has been out on special teams. 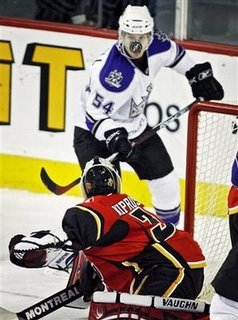 It's not that I think Brian Boyle is a bad player or anything; I just think fans tend to factor in what they see way more than what they read. Brian Boyle had a lot of issues going into last season that don't just disappear because he looked good in 8 games. Plus, he's the same age as Ryan Getzlaf, so it's not like he's going to improve a ton over the next few years. I'm not 100% that Purcell will have a better season than Boyle, but I have a feeling fans are going to give Boyle way more benefit of the doubt than they'll give Purcell. And that ain't right.