Last Season: Say what you want about Michal Handzus, but at least he isn't that bad defensively. Kyle Calder was basically worthless last season while riding shotgun on Handzus' line and was benched a few times near the end of the season. He missed the last 7 games of the season with a finger injury and the team seemed better without him. Calder's only worth was on the power play, a fact that seems kind of hilarious when you consider that he had 3 minutes of power play time a game and had 3 power play goals. All 3 goals were rebounds. Amazingly enough, Calder did not score a power play goal in 2008. It's kind of stunning when you consider that Calder scored 25 goals 2 years ago and now he might be playing himself out of the league. It all makes you wonder why they named a trophy after him. 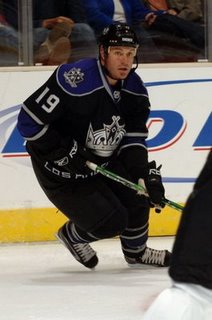 Next Season: I'm not really sure where the hell Calder is going to play next year. The top 2 lines are pretty set and there wasn't a whole lot of chemistry between Calder and Handzus. The only time that line looked alive was when they played with Patrick O'Sullivan or Matt Moulson, two quick players that could actually create their own shot. I could see the Kings flanking Handzus with Moulson and someone like Brad Richardson to balance out Handzus' lack of speed. On the power play the Kings will probably utilize Brian Boyle in front of the net since he pretty much blocks out the Sun, so there's not much room for Kyle Calder there either. Overall, I think Calder might be looking at being in the press box for half the season, while playing the other half with maybe Boyle and Derek Armstrong. (Which isn't that bad of a 4th line, actually.) 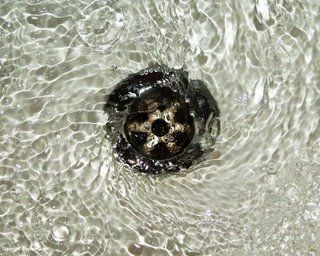 Calder does have a history with Terry Murray, having played under him in Philadelphia, so maybe Murray can help him recover his game.* Calder's only 29 years old but he needs to play much better this season if he wants to stay in the NHL next year. If he doesn't, he's in danger of becoming a slightly better version of Brian Willsie.

*Calder played 59 games for Philadelphia and was a -31. I know plus/minus is pretty meaningless but man alive is that bad.