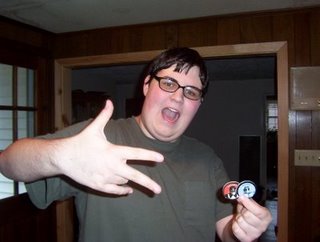 POGS ... Surely one of the most chilling chapters of American history


When I began putting this post together, I actually imagined it could fit reasonably in one post. If/once you browse through these excessive articles, you'll agree that was a theory fit for The No Spin Zone.*

Anyhooters, I decided to break this mammoth thing down as such: the Cliff Notes version is here in this post...but for those of you who prefer specifics over theory, I have links to a very early version of a blog I'm working on.

(Expect the occasional bit of shameless self-promotion on that in the coming weeks/months/years. Please excuse some of the typos as I wrote that thing in one fatigue induced sitting)

Naturally, this is still a huge post and there's some pretty simple rules here. At the same time, I'm confident if you keep these things in mind and a Cheat Sheet with you ... you probably won't suck too bad.

With all that, here's "Seven Habits of Highly Effective - and Lowly Laid - Fantasy Hockey Mangers" (and their corresponding links)

1. (and this is huge) Know your categories

This shouldn't be difficult, but man oh man is it crucial. For one thing, there's categories that make or break some players.

The dark horse PIM guy is Phoenix's Daniel Carcillo. He could be had very late in many not so savvy drafts. And although he actually has some respectable offensive skills, it must be known that he's probably only worthwhile in a league with PIM. 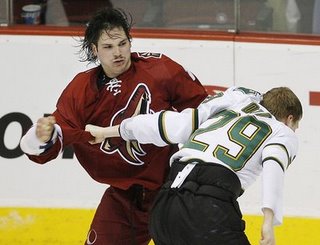 
For a rarer stat like faceoff wins, take a look at which wingers get FW ... and do yourself a favor and draft Rod the Bod. Sure, he looks like Joe Camel - but that can just give you the incentive to re-name your team "the Cameltoes."

(You know, if you're a douche)

But the most important thing to consider with categories is Goalies. If your league has anywhere near a 50-50 split in offensive stats and goalie stats, it's better to pay premium prices for the Jiggy-Brodeur-Nabokov's instead of rolling the dice with Bryzgalovs.

Otherwise, the general rule is to get offense first and goaltending in the middle rounds. (Although I usually go for a premium goalie and a sleeper to be honest)

Nothing hurts your team - but most importantly, makes you look like kind of an idiot - more than picking a guy who was recently injured. 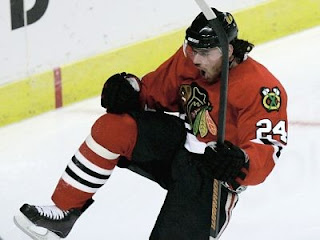 Havlat and the IR - like a bizarro world peanut butter and chocolate.


The best sources are news sites such as TSN, ESPN and so forth. Of course, the blogosphere can provide you answers too(albeit in our patented scatter-brained way).

3. Think economics - scarcity rules (aka Centers are a dime a dozen)

Judging supply and demand can allow you to get more of your favorite choices than you might think. As a general rule, high scoring wingers, power forwards and elite defensemen are the rarest commodities in fantasy hockey.

In my three drafts, my first picks were Alex Ovechkin (#1 pick) and Henrik Zetterberg (twice, late picks). I even had the dilemma of Joe Thornton vs. Z, but chose Hank because of his position - and, let's be honest, he DOES look like Jared Leto.

Even though I think Jumbo Joe might put up more points and is less injury prone, I chose Z because there just aren't many high level LW. The gamble paid off as I was able to get Olli Jokinen and Ryan Getzlaf later on in the draft.

Again, every league is different, so consult rule #1.

4. It's good to be cold hearted, with a mercenary instinct.

Todd Bertuzzi is a piece of shit. But I draft him EVERY year. It's like some awful tradition. Think Thanksgiving Dinner for the Jackson family.

5. Still, being a mushy fan is OK - in the later rounds, at least. Sometimes.

Nothing's more groan inducing than a homer who runs out of players he/she knows and starts picking bit players from their favorite team. (Seriously, someone picked Jeff fucking Halpern!!!)

But as much of a handicap as that can be, it actually can accomplish two goals: 1) getting you a late round steal and b) giving you just that much more rooting interest.

Think of rules 4 and 5 as something of a Yin and Yang.

6. Get yourself a Cheat Sheet or two

The Yahoo! drafts can be a high pressure situation with its 1:30 countdown clock. Sure, you could probably draft a solid team with Yahoo's snazzy interface, but its rankings are good but not perfect.

For instance, it greatly underrates guys such as Joe Sakic and Teemu Selanne because of injuries. 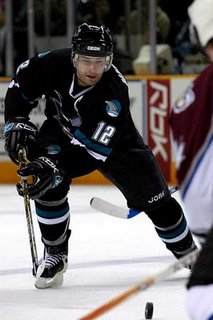 Unless you're in a BoC draft, guys like S. Niedermayer, Marleau and Selanne are steals


If you use/read nothing else, the Cheat Sheet I put together is the most useful thing of all. The links there have rankings for goalies and an overall top 100 from a fantasy expert who actually knows what he's doing. It is HIGHLY recommended.

In fact, here it is again in case you have some sort of scrolling disease.

7. Ultimately, it's still your choice

It's not clear how well this post will be received, but if a lot of people follow this advice and lose I expect some bitching. In writing this, a sobering thought came to me:

There probably was an expert (possibly expertS) who recommended POGS as an investment.

So, remember, if you consider yourself a John McCain-ian Maverick, then bring your turkeyneck down to the draft in whatever way you want. This is a free country, so don't blame me if you end up with Markus Naslund.

The full guide can be seen here. Hope you guys find this helpful...


*-This, in my mind, might be the most politically correct way to refer to something as "retarded."