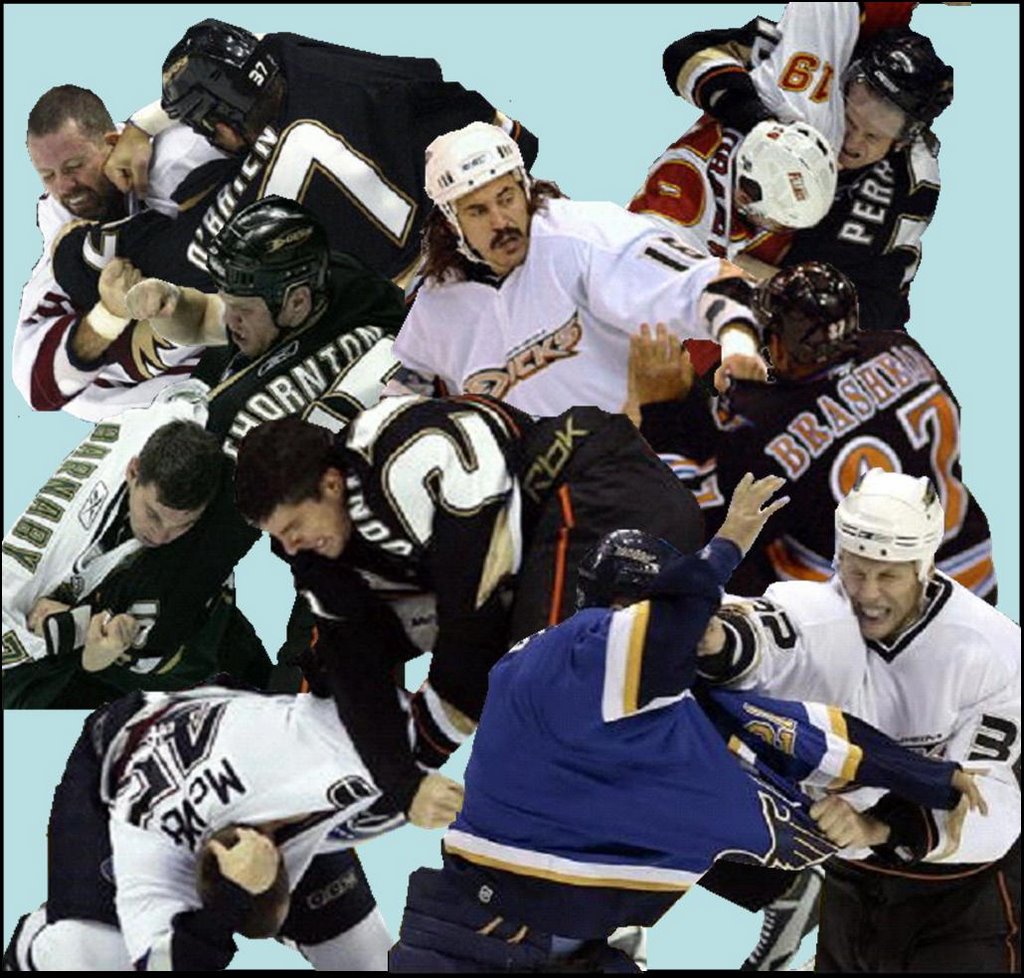 To help save the planet, I am re-using an image from Christmas 2006.

I know I've lost some momentum on this Anaheim Sometimes-Mighty Ducks of Anaheim project, but I'm down to my last spot to fill. I've got the rest of the roster penciled together for an unveiling next week, though it's still not too late to convince me on your votes in for: 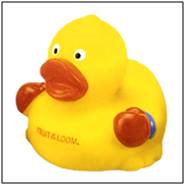 Throughout its franchise history, Anaheim has relied on an element of pure muscle, for a few reasons: to compensate for its sissy team name, to draw more lackluster fans in SoCal, and for traditional on-ice reasons (protecting and generating space for superstars). I don't suppose that reserving a slot for an enforcer makes Anaheim's All-Time team necessarily better on paper, but I think it does do a service to all those punch-monkeys who have stood up for the Ducks over the years. Also, my all-time team (penciled-in version) is looking quite soft thus far; I can probably count the career fighting majors among my forwards on one hand.

In terms of the skillset I'm looking for, it's pretty simple: Popularity, Fighting Ability, and Regular Shifts (in that order of importance). I've put together a list of twelve candidates which is by no means exhaustive (feel free to write in anyone I've missed), sorted by penalty minutes per game. I won't profile these guys (frankly, I don't remember them all), but this list should help jog Ducks fans' memories.


Questions to consider: Who on this list was most likely to get fans on their feet? Who on this list would be scariest to fight against? Who on this list showed the best hockey sense aside from fighting? And then the real question: All that considered, who deserves the Enforcer spot on the Anaheim Sometimes-Mighty Ducks of Anaheim? Whether you're a Ducks fan or not, I'll take your votes and justifications in the comments.