Share All sharing options for: Crisis Averted! Thoughts on the Schneidermayer Trade 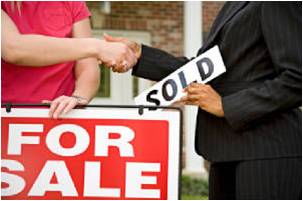 At long last, Mathieu Schneider has been traded. A mere fifteen months since he signed on with the Ducks, he was shipped off to Atlanta yesterday afternoon in exchange for Ken Klee and a few bodies.

To be fair, it's been an eventful fifteen months for the Ducks, thanks to a steady pattern of un-retirement from Scott Niedermayer and Teemu Selanne. Anyways, here's some things I feel should be pointed out about the trade.

1. It's important to understand: Mathieu Schneider was not a failure for the Ducks, and I'm not convinced he's overpaid. I think he'll have a good year in Atlanta. With the recent waiving of Schneider and the fact that 29 teams refused to pick him up for free, I think there's been a lot of misconception that "Schneider has lost it" or that "he's grossly overpaid". Those statements could certainly be applied earlier in the summer to Todd Bertuzzi, but I think in Schneider's case they're off-base.

When Scott returned to the Ducks lineup in December, Coach Carlyle resumed his pattern of splitting all the important even-strength minutes to his two main pairings: Niedermayer-Beauchemin and Pronger-O'Donnell. Schneider was left to play easy Dipenta-minutes with Kent Huskins, plus was given some top power play time. Pretty ripe minutes for an offensive talent like Schneider, and there's not much bad to say about his overall results. At even-strength in the regular season, Schneider was on the ice for 50 GF, 23 GA, a better than 2-to-1 ratio. On the power play, he was on the ice for 34 GF, 5 GA. Schneider outscored his opposition like crazy, even if it was done in fairly easy ice time. If he can get those sort of sweet minutes on Atlanta, I don't really see why he can't get similarly good results this year.

Schneider's waiving and trading was a function of salary cap math, not his play on the ice. With $13M at Niedermayer and Pronger, $7.3M at Giguere and Hiller, $10+M at Getzlaf and Perry, the Ducks couldn't afford the luxury of having Schneider play easy bottom-pairing minutes (not when a half-million dollar guy could do it a la Dipenta). Sure, Schneider did have a miserable 6-game playoffs, but that's true of a lot of Ducks, and I'd consider his regular season more indicative of his ability.

Is Schneider overpaid? I guess that depends on how he's used and who he's compared against. If I had a choice of landing 1 year of Schneider at $5.6M, 8 years of Brian Campbell at $7.1M, or 6 years of Wade Redden at $6.5 M, I'd probably take the first option. He may not be as capable or as sturdy, but it's a one-year gamble for lesser money, and he comes with a better shot (at least he scored more goals than the other two). Basically, if the Ducks had the money, I'd be all over keeping Schneider next year.

2. That said, I understand some of the reasons GMs passed on Schneider on waivers a week ago. 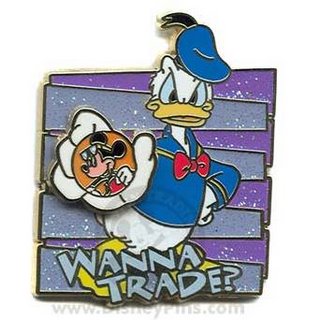 By not allowing Brian Burke an easy out to his over-the-salary-cap conundrum, GMs could not only stick it to Burke but force him to sweeten the Schneider deal with additional assets. GMs were playing coy; the ones at the front of the waiver list (generally the teams with cap room) imagined that they could wait for Schneider's re-entry waivers and nab the defender for half his salary. There was also talk of forcing Burke to throw in Bobby Ryan or a valued draft pick to make the deal even sweeter.

Basically, Burke was in a shitty position and everyone knew it. He had to unload Schneider before the North American season started, and so long as rival GMs could avoid accommodating that, the price for Schneider would be forcibly lowered. Somebody was going to get the privelege of fleecing Brian Burke in a trade, and by ignoring Schneider on waivers, GMs could improve the chances that they would be the ones to get that opportunity.

The main problem that rival GMs had, though, was that they had to snub Burke's trade requests collectively in order to drive Schneider's price down, but in the end only one of the clubs was actually going to reap the benefit of this collective action. It became a bit of a game theory exercise, where clubs had to weigh the benefits of forcing Burke's hand with the likelihood that they could individually collect on that pressure. For his part, Burke played his hand brilliantly, never crying poor or crying foul, but using that "don't let me give Schneider to somebody else" angle to get decent value back for the cap-necessitated move.

3. Trade assessment: thumbs way up, but there's probably a Part 2 coming. I have to admit, the Schneider outcome scared me a good deal these past few weeks, as the number of trade suitors dwindled down to a handful while the need to move Schneider's salary increased. It was tough to guess what Burke might need to do in order to move the salary, and talks of dropping Bobby Ryan or future assets to solve a short-term problem wasn't a comforting notion at all.

The fact that Burke managed to move Schneider without mortgaging the future means that by my eye, this trade is a whopping success. The Ducks did pick up some $1.8M in salary with Ken Klee and Brad Larsen, but neither is signed beyond this year so it's not even a long-term repercussion.

While this move does put the Ducks under the salary cap ceiling, there is still likely another salary-shedding move yet to come in order to fit in the Finnish Flash. Teemu Selanne remains unsigned, and he's even talking about the possibility of wanting a two-year deal from the Ducks. While normally I'd advise against such a contract for a player over 35, especially in the wake of the issues of Schneider's similar situation, in this case I'm probably for gambling on Teemu. Really the main motivator for me is cheapness -- by salary cap law Selanne will have to sign a bargain contract in order to fit on this year's roster, maybe less than a million, and if he's willing to extend that minimal salary another year, why that's hardly a gamble at all. If the Ducks move enough salary, however, that Teemu gets signed for something like $2M, at that point I'm more in favor of doing 1-year deals for Teemu.

At any rate, I don't really know what this next move will be. There seems enough movable bodies among the forwards and defensemen now that there's lots of possibilities. Still, it's important to note that the Schneider trade has brought the Ducks out of crisis mode, and for that I'm excited. It's rare that a salary dump like this one can be so well-received in both participating cities, but in this case I think it's warranted. The Thrashers have landed themselves a legitimate scoring threat on the blueline, and the Ducks have gained cap compliance without selling out the future. Great work, Brian Burke. If you ever decide not to move to Toronto, I'll support extending your tenure.