Share All sharing options for: Letters from Switzerland, Part II

Introductory Side Note: We all here at Battle of California would like to extend a hearty congratulations to our fellow contributor Mike Chen, who watched as his own blog exploded a few weeks ago, but then turned that into a mega-opportunity with Kukla's Korner Emporium. He's joining the heavyweights: Kukla, the Chief, and Alanah, plus new additions Bethany, Forechecker, Red and Black, SensHobo, Goal Line Report, and Puck Stops Here, and should provide a good California perspective on all things hockey. Don't forget us little guys, Mike! We'll always think of you every time the Sharks fire their head coach.

Actually, Chen makes for a nice segue for this post, because it was in the second installment of his All-Time Sharks Team where he said this (while discussing centerman Sergei Markarov):

Side note #2: Todd Elik, the second-leading scorer on that squad, put up a whopping 98 points in 53 games for an Austrian team in the 2006-2007 season at age 40, beating out much younger former NHLer Tavis Hanson.

Have you ever heard of Todd Elik? I'll have to admit; I hadn't heard of the guy, but then again I'm a guy who started following hockey in the latter half of the 90s. Elik is a former King and a former Shark (and heck, even a former North Star), so he certainly fits the BoC theme, and our good buddy Markus has sent us an Elik-themed installment of "Where are they now? (In Switzerland.)" If you recall from his earlier Josef Marha update, our pal Markus is an overseas Ducks fan who's brushing up on his English while we brush up on our understanding of former NHLers in Switzerland. It's a win-win. As before, I've gone through and fixed a few things here and there for readability, but my aim is to keep things as real as possible.

As I mentioned, I've never heard of Elik, so this might be mostly for you Shark fans. Still, based on Markus' account below, he certainly sounds like a guy I could heartily root for. Here's Markus:

Enjoy a few seasons in the country of
chocolate, watches, and the alps
Part 2: Todd Elik
And no, it’s not Sweden, folks!

He reminds me of a gangster in an old Hollywood movie. Big, scary, with a scar on his cheek. And after seeing him, nobody would be surprised if he actually were involved in organized crime.

But let’s go back a few years, as it was a hard and long road to Europe. Elik was never drafted, and his junior coach made it clear to his team how bleak their future really was. "When you’re done with the last year of junior hockey, two or three of you will make it to the NHL, half of you are gonna work at a gas station and the rest will live on welfare."

Todd was one of the 3 lucky ones…he played in over 500 NHL games over 8 seasons with the Kings, Sharks, North Stars, Oilers, Blues and Bruins. His best season was 93-94, when Elik led the Sharks in assists and was the 2nd best scorer behind Sergei Makarov. But he lost a step in the following years, and as he spent more and more time in the AHL, he decided to leave his last team, the Bruins, and joined a team in the south of Switzerland, the HC Lugano.

Nobody in Switzerland could have expected that this player would turn out to be one of the most special players the Swiss league has ever seen. One night Dr. Jekyll, one night Mr. Hyde. His stats his first season: 39 games, 66 points, 222 PIM! 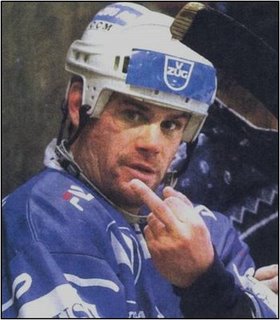 But he was better than all other players in the league, and he knew it! Often, he told rookie to carry his water bottle from the dressing room to the ice, or made them bring him other stuff. And it was once, and only once, that a rookie refused to do so…the next morning, the rookie came to the practice only to realize that Elik had used his skate as a toilet.

Another night, Elik went to a local pub, demolished most of it, took out a few thousand dollars, and gave it to the owner with the words "Sorry, that’s for the trouble we caused…" Todd Elik at his best. 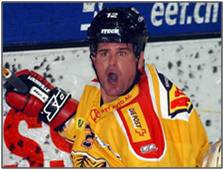 Despite these escapades, he will always be remembered for one game in 1999. Game 7, Chur vs. Langnau (Elik’s team at the time). The loser gets relegated, the winner stays in the league.

Elik had hit a visiting fan in the stands with his stick in game 5, and should have been suspended for 2 games. But Langnau’s appeal against the suspension was approved and he was cleared to play.

Before the puck was dropped, Elik went to the nervous referee and told him: "Don’t worry…I won’t cause you any problems…today, I’ll play hockey." The start is a disaster for Langnau, trailing 2-0 after a few minutes. After the 2nd goal, Elik takes over the game with one of the most brilliant efforts Swiss hockey fans have seen in ages. Elik scores one goal himself and assists on all 6 other goals! 7 points were and still are a record for points in one game. And despite finishing at the bottom of the standings with his team, Elik earned MVP honors that season. He single-handedly kept Langnau in the league.

But his career in Switzerland ended 3 years ago, as he and his coach (Mike Posma) were charged with drunk driving after a game in the playoffs. And honestly, we would have been disappointed if Elik had kept his mouth shut. Elik insulted the police so much that he was charged with defamation of a police officer. 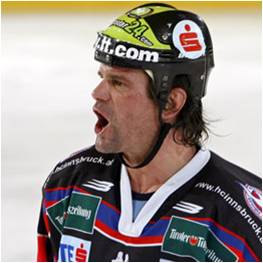 The next season, he signed a contract with a team from the Austrian league, where he is still playing…and it looks like he can still play the game…when he wants to!