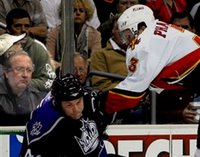 The Kings have a problem. As you're no doubt aware, the Kings possess a solid young offense that should land in the top 10 in goals scored next season but they have no defense or goaltending. The team has been around since 1967 yet has only reached the Stanley Cup Finals one time, in 1993. This season looks bleak unless the Kings can get some sort of defensive play. 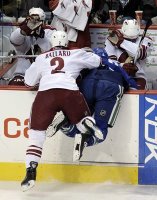 The Vancouver Canucks also have a problem. They're possess one of the best defensive cores and arguably the best goaltender in the NHL, yet they pack very little scoring punch. Their somewhat pathetic attempt to lure Mats Sundin to their western shores seems to have proven fruitless and now they're relying on Steve Bernier to change their fortunes. The Canucks have also not won a Stanley Cup in their NHL existence (dating back to 1970) and have only 2 Stanley Cup runs to show for themselves. This season looks bleak for the Canucks unless they can get some sort of scoring punch. 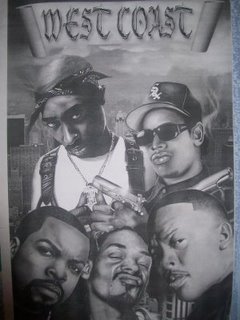 So, here we have two west coast franchises, both established losers. It's obvious to all now that they can not win by themselves. It's only fair, then, for the NHL to allow them to combine forces. The team can be called the West Coast Renters (since no one in either city can afford to buy a house) and would utilize the Kings' offensive talent with the Canucks' defensive prowess to create a team that could actually compete. Imagine a team that looks like this: 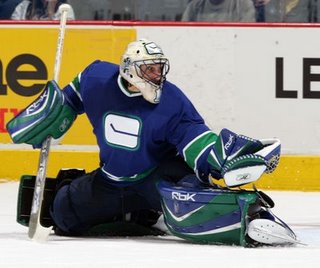 Wait, goalies are allowed to do that???


That team's pretty good. The Kings supply the top offensive talent (along with a sinper to finish off the Sedin Brothers' beautiful set-ups), while the Canucks supply the grease and defense, along with one of the best goaltenders in the league. Sure, the Canucks are supplying more players than the Kings, but after a few years that should change. In the meantime, Kings' fans can enjoy having a winning team for the first since, well, ever and Canucks fans can enjoy having a top prospect pool.

These two teams have proven that they can't win on their own; maybe together they can finally win something.