You Know Who Sucks? Kyle Calder

Share All sharing options for: You Know Who Sucks? Kyle Calder 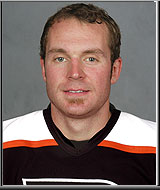 The funny thing is that Calder should probably be demoted to the minors but the Kings can't do that because they need his salary to reach the salary floor. I hoped they could just send him down because he was over 35 but apparently he's only 29? He looks like he's 40. Maybe my view of what a 29 year-old should look like is skewed because my brother is 29 and he looks like a baby.


Oh, and completely unrelated but Californication has been awesome this season. I didn't know where they were going to go after last season's finale but I underestimated how bad ass Hank Moody is. Also good: Honey Smacks. That frog makes a good fucking cereal. Where was it written in the Bible that I can't enjoy a cereal just because I hit a certain age? Total tastes like shit so I'll eat my Honey Comb if I want, Captain of the Cereal Police.