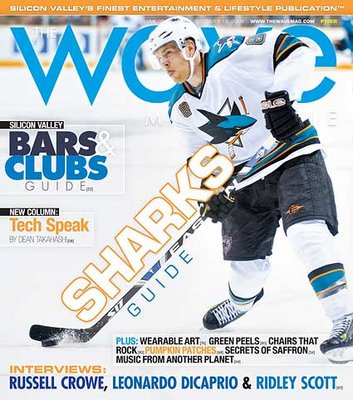 Last year in most of the book stores I visited there was only one magazine with hockey content on the shelves all season, the NHL's 2008 Yearbook. This year I posted a few notes from the Sporting News/Street and Smith's 2008-09 NHL Preview, the NHL's 2009 Yearbook, The Hockey News 2009 Yearbook, ESPN Magazine's NHL Preview complete with Ovechkin 09 campaign platforms, McKeens Hockey 2008-09 NHL preview, and of course the definitive Wave Magazine San Jose Sharks preview.

Bottom line according to the previews is that Detroit will advance past the San Jose Sharks in the Western Conference Finals to drop the Montreal Canadiens in their 100th anniversary season. Any magazines I missed?