Share All sharing options for: Ducks Gameday—Still waiting for scorers to score 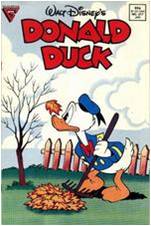 Not too much from me today, as I didn't even get to watch the Carolina outing, but I did want to revisit a post I wrote way back in June that explored the notion of Brian Burke taking a Maple Leafs GM job next summer. I really made two points: (1) Brian Burke has gotten lucky at times, in particular with his acquisitions of Niedermayer, Pronger, and Selanne, and (2) I was fine with Burke leaving, as there is a fairly open roster next year for a replacement GM to work with.

Of course, that latter point isn't looking so strong these days, as the three biggest contracts Burke has locked the Ducks into are:

So, using some ridiculous pro-rating math, thus far it's looking like the Ducks will pay some $68.15 million for this trio of forwards to score a combined 0 goals and 137 assists in 1,148 games played. That's just under $500,000 per assist, and I don't even want to mention the combined -888.

Of course, that's all pretty silly math, but the reality remains: the forwards on the Ducks with one or less points on the season are Getzlaf, Perry, Kunitz, Selanne, Morrison, and Parros. And the only thing that separates Parros from this group is (a) he's been on the ice for more goals-for (3) than the other five, (b) he has yet to be on the ice for a goal-against, and (c) he's had less than half the ice time of any of them.

Prediction: Technically, somebody's getting a second "W" tonight. Ducks 4, Leafs 1. Goals by Kunitz, Scotty, Pahlsson, and Parros. Ron Wilson catches Teemu with another illegal stickblade. Make sure to check out Pension Plan Puppets, Battle of Ontario, and Down Goes Brown for your Toronto perspectives.

[9 am edit -- Our good buddy Michael Dell, who hosts the LCS Radio Show where both Chen and I recently made guest appearances, was so inspired by our 80s TV devotion that he made a list of the NHL's A-Team. A pretty good list, but I still prefer my casting.]