This are the lines for tonight's game: 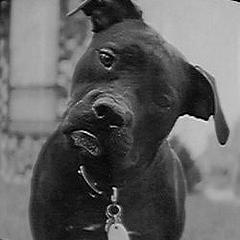 Me and Mutton (the name I gave the dog in the picture) are confused. It was just the game prior that the Kings reunited Patrick O'Sullivan with Anze Kopitar and now the lines have been changed again. Basically the Kings have replaced Alexander Frolov with Patrick O'Sullivan on the stopper line (don't know why), moved Moller to center (don't know why), and moved Stoll from 2nd line center to 4th line winger (haven't a clue). Weird. That 2nd line looks pretty terrible, so hopefully they're not playing big minutes. Should be an interesting game to watch. What would I like to see?


The Kings' biggest problem this season has been their 3rd defensive pairing. Tom Preissing and Peter Harrold are the Kings' best options for that position but they play pretty much the same game. Denis Gauthier brings a physical element but that's about it and he's been killing the team with his defensive play. The Kings need to look into bringing someone up for Gauthier, I reckon. (Reckon?)


Mike Cammalleri is 2nd on the Flames with 11 points in 10 games. He's a fast starter and will probably cool off a little bit, but good for him so far. Todd Bertuzzi is tied for the team lead in goals with 6. He can go fuck himself.


Prediction: Kings win, 5-4 (so). Every goal by Kyle Calder, who then comes to my house and beats me up. Can't say I blame him.