The Kings are not going to make the playoffs. Theirr defense is too young and their goaltending is not quite good enough. Still, I feel better about this team than I did about the one last year and I felt better about that team than the one before that. That's progress, right? 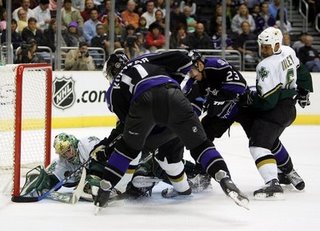 Offensively, I think the Kings are going to score a pretty healthy amount of goals. Last year the Kings played 24 games against the Stars (6th best team defensively), the Ducks (3rd best), and the Sharks (2nd best). They still finished 12th in goals scored. The Kings are playing less games against the Pacific and more against the rest of the league so I imagine just that factor will allow them to score more goals. The Kings also improved their 2nd line center with the addition of Jarret Stoll and have better players at every bottom-6 position except for 3rd line center and 4th line right wing. I don't think it's out of line to expect the Kings to score 245 goals this season. 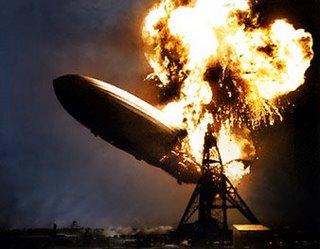 Defensively, the Kings are a disaster. Terry Murray may establish a better defensive system than the one (was there one?) under Marc Crawford, but the Kings are still going to let in a lot of goals. I'm going to look at the defense individually, like I did with the offense last year. I only care about 3 defensemen on the team: Jack Johnson, Matt Greene, and Drew Doughty. As long as those three improve from last year, I'll be happy. 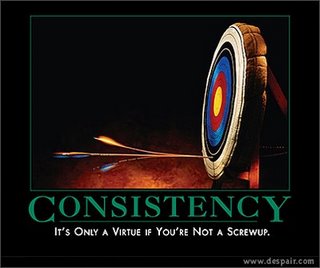 The Kings went 32-43-7 last season and finished with 71 points. According to Alan Ryder the Kings were the unluckiest team in the league last season and went half the year without 2 of their 2nd line players. I think the Kings will be better than they were last season, just like they were the year before. Hopefully there's a breakout year and the Kings miraculously make the playoffs, but things usually improve year by year. I guess that's what I have to hope for.

Prediction: Kings lose, 5-3. Goals by Brown (x2) and Richardson. Let's save that win for the home opener.