A Letter From Kent Huskins

Share All sharing options for: A Letter From Kent Huskins

Huskins here. What's that? Don't know me? Oh don't worry, baby, you will. You see, Kent Huskins is a star. That's right, write that down and put it away. It'll be worth something in a few years. I'm the straw that stirs the drink for the Anaheim Super Ducks (that's a little name change I'm workin' on) and the preeminent mover and shaker on the blue line. I've been tied down my whole career, from the mean streets of Potsdam to the alleyways of Costa Mesa, but the reins are now off. Sean O'Donnell's gone and I feel for him, but it was inev... inevita... bound to happen. I needed to be free and he was in my way. Kent Huskins is like a locomotive: you're in the way and you're going to get traded to the Los Angeles Kings. With Sean gone, the road is wide open for Huskins Time. 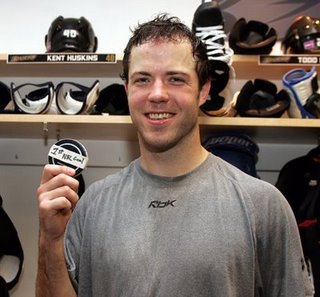 What's that? Never heard of Huskins Time? Well, let's put it this way. When I get the puck behind the net, sometimes I hear a little voice whisper, "Go baby. Take it to the house. You got this, you're Kent Huskins, superstar." I can try to keep it under control, but once or twice a game I just have to be me. It's an itch I just have to scratch. I call it Huskins Time. I applied for a trademark, it should be coming any day now. You can hear me yell it when I streak down the ice if you're sitting close enough. It's not just hockey, I hear the voice everywhere I go. Some people don't like it, but I can't help it. Don't want me cutting in front of you in line at the market? "Sorry Ma'am, Huskins Time." Don't want me to go 120 on the 55? "But officer, it's Huskins Time." Don't want me to pop off so quickly, baby? "Sorry sweetheart... HUSKINS TIME!" 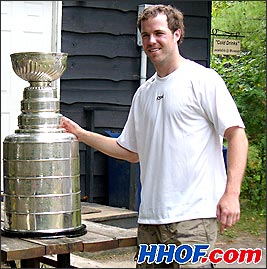 Check out my bling!

Some of the other defensemen can get frustrated when I dominate the other team. I think they're jealous. Chris Pronger is probably the most jealous of my subordinates but we're still friends. We have this running joke where I give him a wink after Huskins Time and he yells, "Stop going out of position, faggot!" Some people call us Thunder & Lightning, mostly when I pay them to. Scott Niedermayer, on the other hand, loves me. I volunteered a few moves to him the other day at practice and he thanked me by saying, "Oh really? I had no idea." He's a good guy. The only person that ever had a problem with my skillz was Ilya Bryzgalov, who used to always scream, "Fuck you doing, nutsnumb???" whenever I flew up the ice. He just couldn't see the glory of me. Naturally, he had to be dismissed because Kent Huskins can't possibly do what he does with those negative vibes. I'm sensitive. 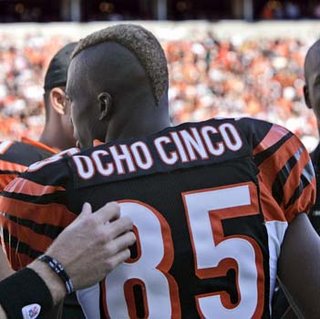 So all you fantasy players, hockey enthusiasts, and ladies (*wink), take note: Kent Huskins has arrived. If you see a blur on your screen and a red light come on soon after, congratulations: you've just experienced Huskins Time (TM). Kent Huskins is 215 pounds of star and I'm about to burst into your homes. You're welcome.