So, who the hell is going to win the Pacific?

Share All sharing options for: So, who the hell is going to win the Pacific?

That's the question heading into this season. It's reasonable to say that 4/5 Pacific teams could win it (sorry Kings, but enjoy your complimentary fruit basket!). With that in mind, let's take a quick look at the three big dogs and the sweaty dark horse in the sun.

Naturally, leave your predictions and dissenting opinions in the comments.

Most years, these media darlings are the team to beat on paper. This year? You get the feeling that people are starting to sour on the Teal force.

It's crazy just how much this team changed in the last couple years. There's still some solid youth on the team, but the parallels to those "fuck the future I want it now" Colorado Avalanche teams are pretty damning. (They even have Rob Blake) Still, that team did win two Cups before they devolved into a glorified vehicle for the annual Peter Forsberg saga. 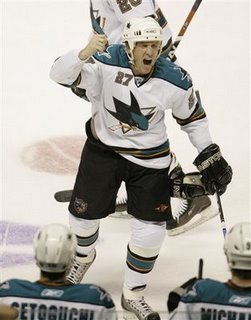 
The thing that makes this team so difficult to judge is that they're such a gamble: they have a coach who's wet behind the ears, a vastly different defense and it's unclear which offense will show up. Here's the questions that need to be answered:

This team is a mystery wrapped in bacon.

After the Stompy controversies and the "will they or won't they?" retirement questions, it's mind blowing to realize that the Ducks might just be a model of stability this season.

Sure, the salary cap will make things interesting and Brian Burke's heavily rumored dalliance with the Maple Leafs might crop up again. The Ducks return the same core group that dominated its way to a Stanley Cup two years ago (with a possible bonus of Bobby Ryan if they can make the money work). 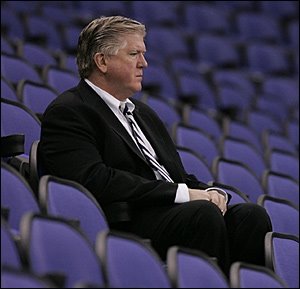 Will Burke go to Toronto if the Ducks win another Cup?


A full season of Scott Niedermayer and the Finnish Flash should provide the Ducks with a fourth gear. Their biggest problem now is that they are a top heavy team, but its not crazy to wonder if this is just the beginning for Ryan Getzlaf and Corey Perry.

From everything I've heard, J.S. Giguere's weight fluctuates worse than Oprah's from game to game (doesn't he lose about 4-6 lbs. per game?) so he might not be able to take on a Marty Brodeur-like workload. For that reason, the Ducks might not win the division but they have the best chance of any Pacific team to win the Cup this year.

There, I said it.

It's amazing how much public perception can change with a little playoff success. The Stars handed the Sharks and Ducks 4-2 losses before being manhandled by a vastly superior Detroit Red Wings team. It was a borderline magical journey for a club that lead the league in postseason frustrations.

Avery, Morrow and Ott give the Stars an abrasive trio and Avery certainly increases the team's quotability. (BTW, he's right about Don Cherry) 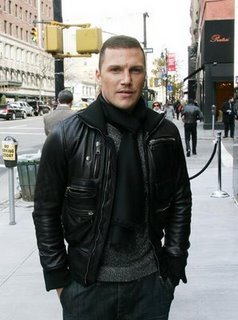 How well will this fashionisto match the Stars?


The Stars should continue some of that good momentum, but good lord is this it for Sergei Zubov and Boucher? This injury trend isn't a surprise with Boucher but with Zubov it's getting scary.

This year's dark horse is a canine.

(Kill me. The world will understand.)

Last year, I was all over the Stars trading for Olli Jokinen at the trade deadline. Well, he came to the Pacific ... only for the "Desert Dogs." If any player has lived through the Gretzky-Gary Bettman expansion era, it might be Jokinen with his stops with the pitiful Florida Panthers and now the Phoenix Coyotes. 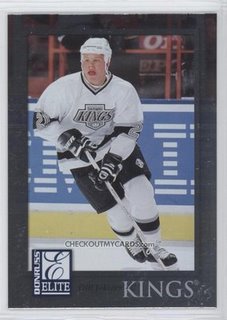 
A full season with Bryzgalov and Jokinen could make the Coyotes very interesting. Without Keith Ballard, their D takes a bit of a hit but they still seem to have quite a D focus under the watch of The Not So Great coach. But it must be mentioned that they are highly reliant on Jovocop, the Marian Gaborik of defensemen.

Even though the Coyotes will be interesting this year, I don't see them leapfrogging the Stars, Sharks and Ducks.

So, what do YOU think?