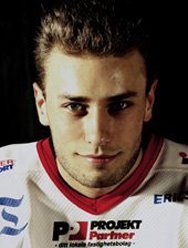 We'll probably get a taste of Brunnstrom tonight


The Sean Avery era begins in the athletically troubled state of Ohio Dallas at 8:30 ET/5:30 Pacific. The main storyline is the Stars' future versus a ghost of the Stars' past.

For the Stars, we'll get our first glimpse of a guy who had quite the 15-minutes of Wine and Dine fame, Fabian Brunnstrom. Hopefully Brunnstrom will ease the pain caused by the departure of the Stars' interchangeable Finns.