What the O'Donnell Trade Means for Los Angeles

Share All sharing options for: What the O'Donnell Trade Means for Los Angeles 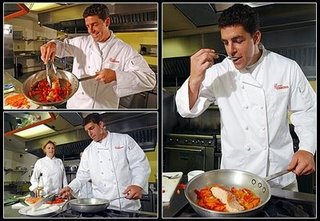 The Kings are cooking now! ...I hate myself.


The Kings needed a experienced, left-handed defenseman, and yet getting Sean O'Donnell never even crossed my mind. I think I have a mental block on all non-Jewish Ducks players. But luckily Dean Lombardi doesn't have the same handicap and managed to acquire O'Donnell for basically nothing. The gist is that the Kings have to give the Ducks a 3rd rounder only if the Kings decide to trade O'Donnell at the deadline. It's a pretty smart clause by Burke: it pretty much guarantees that O'Donnell won't come back and bite him in the ass (unless, you know, he's into that sort of thing). It was also a good move for Lombardi, as he gets a "good character guy"* and a solid defensive specialist basically for free.

O'Donnell's impact on the Ducks' defense has been overstated at this point. The aging blueliner averaged 17 minutes a game, good for 6th among Anaheim defensemen. O'Donnell skated mostly with Chris Pronger, but Pronger also skated an additional 3 minutes with other people. At even strength O'Donnell is probably a little bit of a liability, as he has a penchant for taking penalties and is losing a step. However, O'Donnell's a pretty big asset on the penalty kill; when they weren't in the box, O'Donnell and Pronger formed one of the best penalty kill tandems in the league. I expect O'Donnell and Jack Johnson to form the Kings' top penalty killing unit this season. Finally, Sean O'Donnell is someone who will defend his teammates. He had 4 fights last year, mostly when someone pissed him off, and isn't afraid to put someone on his ass if they're around the goaltender. Brent Severyn won't be able to take liberties with Dmitri Khristich when Sean O'Donnell's on the ice. Plus, he grows a mean beard. 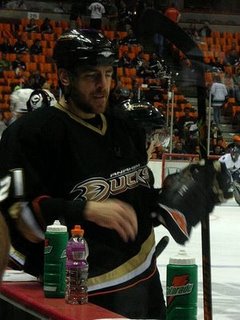 The addition of O'Donnell does not really make the Kings' defense that much better, but he does provide an solid presence to counteract the youth of the team. If Drew Doughty makes the team I imagine Terry Murray will pair him with O'Donnell; a young defender needs a guy he can trust to cover for his inexperience and O'Donnell would be perfect for that. I swear I remember O'Donnell playing on the right side when he was with the Kings and that he switched to the left so he could play with Pronger, but I'm not sure. Any Wild fans remember where O'Donnell played? I see the defense shaking out this way:

That's still terrible, but it's a little better than when I woke up yesterday morning. Oh well, I guess we'll just have to see how it shakes out. Overall, I'd give Lombardi an A for the individual move and a C when looking at the overall picture. Getting an NHL defenseman for nothing is obviously a good idea, but I think the Kings could have gotten someone much better if he had been willing to take on a little more salary.

The Kings and the Ducks played last night at Staples Center and the Ducks won in a shootout, 2-1. Terry Murray continued rewarding players for their effort in the shootout, as Matt Moulson, Ted Purcell and David Meckler were all given an opportunity and failed miserably. Chris Kunitz scored the lone goal for the Ducks in the shootout. On the plus side, Jason Labarbera played very well, stopping 30 of 31 shots. He'll be the Kings' #1 goaltender and will hopefully be more consistent this season. Wayne Simmonds got in 2 fights and got his first profile in the LA Times. Good for him.

Finally, Connie from Queen Among Kings has her Frozen Fury recap up and unveils Air Bailey. I knew the guy that used to wear a suit like that for Long Beach State; he had a person walk around with him because little kids used to try to push him down the stairs.