WOW. Someone just played Panic's entrance music. If things looked bad for the Stars just a few days ago, now the team is pondering meteor shower insurance. Rudy posted the news but if you have anti-scroll disease, Brenden Morrow is out for the season.

The Stars are effectively "fixed." As in they've been de-balled.

With Marty Turco having a mini-meltdown and Brad Richards giving weepy interviews in emo shirts, trading away Jussi Jokinen and Mike Smith is looking closer to Bochenski for Versteeg these days. Honestly, Richards had enough positive moments in the playoffs that he gained a ... sort of flattering nickname in the "Five Dollar Shake." No Pulp Fiction jokes for him now, though. Although perhaps a "do I LOOK like a bitch?" might work.

So, with chicken little getting on the first trip to DFW Airport, I thought it might be fun to look at the different ways this mess can shake out:

The plane's losing cabin pressure. Oxygen masks just popped out over your head. Babies are crying. Virgins are tearing off each others clothes and all you can do is prepare for a fiery grave. 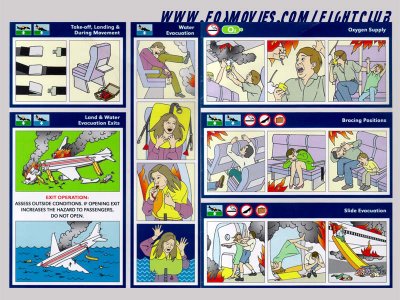 In the Stars case, they are hoping the after-life includes one of the top two draft picks. There seems to be some hockey nerd slap fights over who's going to be the number one pick, but it's pretty hard to imagine John Tavares suffering an Angelo Esposito-type fate (or Aaron Rogers type fate, for you hockey borderliners). But even if Tavares suffers from a Fannie Mae-ish drop in stock, the Stars could benefit from getting the next big hype machine (Tavares) or Victor Hedman, Sweden's answer to Zdeno Chara.

Let's face it, kids, Smokin' Sergei Zubov is aging as hastily as Meg Ryan (seriously, what butcher of a plastic surgeon made her lips into couch cushions?). Turco's struggles are well documented, but even if he rights the ship he's not exactly a young man either. And the Stars' offense is anchored by really old players (Modano) and guys who are hovering around the dreaded 30-zone (Morrow, Mike Ribeiro). (Oh, and of course douche bags like Sean Avery)

In other words, this might be the perfect time for the Stars to have a free fall to a high-end pick. Dallas doesn't have NHL draft savants like Detroit so those perpetual playoff runs and future mortgaging trades make it tough to bring in high-end offensive talent. The defense has some guys who still have a chance to be good again, but no Jack Johnson, no Erik Johnson or any other future franchise D guy not named Johnson.

So maybe the Stars can pull a San Antonio Spurs - a team that hovered around good for years, had one atrocious year and ended up with Tim Duncan. Just sayin'.

2. Us against the world?

Something tells me that Linda Cohn and Co. left the Stars bandwagon in a ditch somewhere in podunkia. Allowing awful end of the period goals, taking stupid penalties and generally shitting the bed means that the Stars can go back to being way under the radar.

Could that be a good formula for a rebound? Stranger things have happened and Morrow, despite his playoff heroics, was struggling too this season. *Shrug* 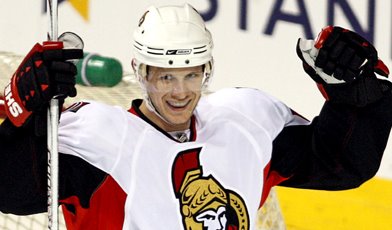 
Then again, the Stars COULD go apeshit and go into full-on rebuild mode. After all, the economy is shit and the crowds will get sparser by the meltdown. Carrying an expensive losing roster might not be feasible with the economy getting gang raped. And if nothing else, the Stars have some big contracts and big names who could actually have decent trade value.

Turco might not exactly be at his most valuable level, but he has a huge contract. Who knows ... maybe a miracle could happen and they could move him for Jason Spezza.

WOW! This is fun! Making up completely unsubstantiated rumors is almost as fan as playing Gears of War 2!

In all seriousness, the Stars could look to shop players (kinda doubt Turco will go anywhere though). Zubov is a high-skill, high-age guy who could be a splendid trading deadline candidate. Richards might be too expensive, but he's still a very talented player. Ribeiro is a tool and an injury faking douche. This is undeniable. But he's also been a point per game player. He actually was really good in the playoffs and didn't writhe around on the ice like an asshole last year.

Would there be anyone crazy enough to take Avery off their hands?

If there's anything the NHL has shown me, it's that stupid trades and free agent signings happen all the time. It would be nice if the Stars came out on the winning end this year.

So, those seem to be the three paths the Stars can take. Without bias or any "research" to get in the way of my opinions. Hope you enjoyed it.