Share All sharing options for: Kings Gameday: Dean Lombardi is a Dead Man


What is up, douche bags? This is Lubomir Visnovsky, El Diablo, and I'm running things around here from now on. You may be thinking, "Hey, where's Rudy Kelly?" Well, last time I saw that sniveling son of a bitch he was running towards the Arizona boarder with his pants around his ankles pleading for me to not shoot him in the back, so I don't think you're going to be seeing him for a while. (Not so funny with piss running down you leg, are ya Rudy?) Now I'm in charge, and I'm going to share the real story behind my stay in Los Angeles, and why I am going to get Dean Lombardi. 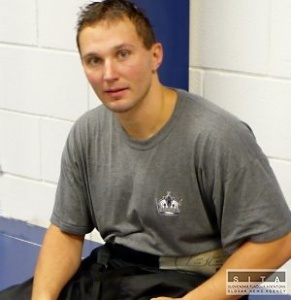 What? Yeah, that's what I thought.


I was born on the mean streets of Topolcany, Czechoslovakia. We were so poor we couldn't even pronounce the name of our growing up. I was good at 2 things: shooting pucks and killing capitalists. Naturally, I had the opportunity to do one more than the other in Slovakia, but I still tried to shoot pucks whenever I could. This is funny: this one time a guy owed a buddy of mine some money, so I went over to his house while he was sleeping and shot him in front of his kids. It was hilarious. Anyway, eventually I got drafted by the Kings and came over to Los Angeles because I was ready for a new challenge and also things were getting a little hot for me in Slovakia. So I packed up my glock, my tech 9 and my cookboook recipe (I make an excellent cookie) and I headed to LA. 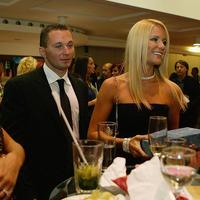 
I quickly made LA my town. I had a special corner of the locker room where I made my business deals and baked and my teammates knew better than to get in my way. When they did, they were either left injured (right, Adam Deadmarsh?) or dead (RIP, Jason Allison). Sean Avery made the mistake of crossing me (I don't look like a child, mother fucker!) and had to be traded to prevent his own demise. I'll get him, though. (Here's a hint, Sean: it rhymes with "bomb!") I "convinced" Lombardi to bring over a couple of my associates, like Ladislav Nagy and Pavol Demitra, but they quickly wore out their welcome. I'm a lone wolf. I even got a contract extension from that rat Lombardi. He claims the contract talks weren't fair, but if he can't take a gun to his head than I don't want to play for him. Life was good for me.

Then, out of nowhere, that son of a bitch traded me the day before my no-trade clause kicked in. Not even that, to fucking Edmonton! Have you ever been to Edmonton? How the hell am I supposed to smoke crack up here if the shit freezes? I can't even find a proper ho because they all have this thin layer of blubber to protect from the cold. I hate it almost as much as I hate Dean Lombardi. I don't even know what I did that upset him so much; I mean, I did sleep with his wife, but that's not a big deal in Slovakia. Is it a big deal here? 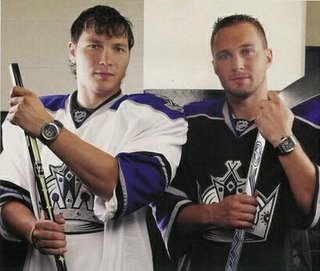 Prediction: Destruction, Lubo-style. Oh, and you better vote for Lubo for the All-Star Game. That's not a prediction, that's a threat.