Kings Gameday: Getting Our Positivity Back

Share All sharing options for: Kings Gameday: Getting Our Positivity Back


In the war for Southern California, we all know who is good and who is evil: the Kings are good, and the Ducks are evil. Not like really evil or anything, more like Saturday morning cartoon evil.* Recently, the Ducks trio of terror (Corey Perry, Teemu Selanne, and Ryan Getzlaf) were all mired in slumps, probably brought on by all the sand in their vaginas. The Kings' good players (Kopitar, O'Sullivan, Frolov and Brown), meanwhile, were continuing being their wonderful selves, picking up about a point a game. The dichotomy was best shown in the Kings' 6-3 win over the Ducks, where the courageous Kings combined for 6 points to the Ducks' 1.

*Teemu is Shredder, Ryan Getzlaf & Corey Perry are Bebop & Rocksteady. I guess that means Kopitar is Leonardo, Brown is Michaelangelo, O'Sullivan is Rafael and Frolov is obviously Donatello. Oh, and I get to be Usagi Yojimbo! 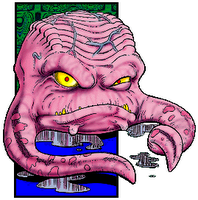 
This was obviously unacceptable to Earl Sleek, who is kind of like Krang. He stumbled upon the key to success in the NHL: Positivity. Positivity is the lifeblood of a hockey player and the Ducks were missing it since their game is based on Negativity. So, like any great villain, it's obvious that Earl Sleek has stolen the Kings' Positivity, resulting in piss-poor play from the Teenage Mutant Ninja Kings since. Consider this: the first 6 games of the season, the Kings' combined for 19 points while the Ducks had only 3; since then, the Kings have only 5 points in 5 games while the Ducks have an unbelievable 46 points. The Kings must get their Positivity back. And I think only I can do it. 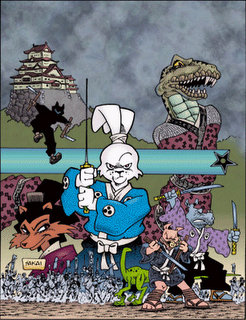 
I'm headed into dark territory now, armed only with my trusty bowstaff and my Positivity. And my gun. I'm going to get the Kings' Positivity back for their game against Florida tonight. It'll be a tough road; Anaheim is pretty far from me and the roads are really confusing, but I'll get there if I have to die trying. Watch the game tonight: if O'Sullivan, Frolov, Brown and Kopitar are their usual selves, then Earl Sleek is probably dead and the world is saved. Otherwise...