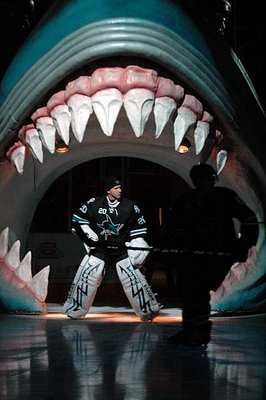 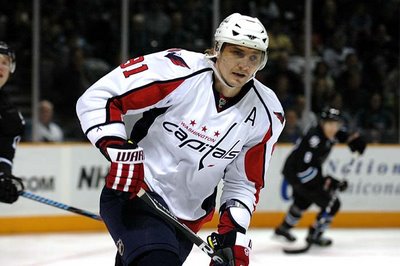 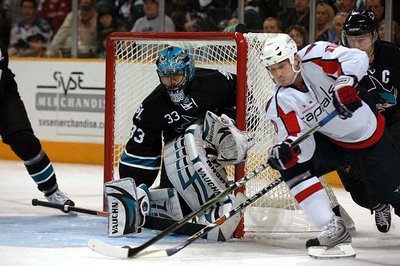 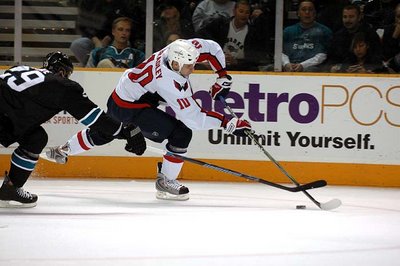 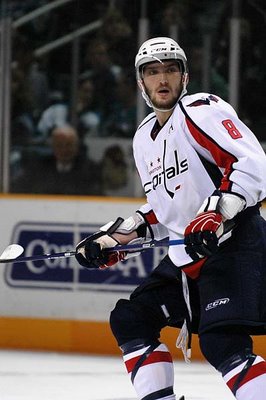 Here are a few photos from the Sharks 7-2 thrashing of the Washington Capitals on Saturday night. Evgeni Nabokov returned to the lineup to backup Brian Boucher, and he is expected to start Wednesday night against Chicago. More photos and notes from the game are available here, and postgame comments from the coaches are available here. Washington Capitals owner Ted Leonsis was kind enough to answer a lot of questions for me about technology and the NHL prior to the game here, and Offwing.com and AOL's Eric McErlain also answered a few questions for me about the Capitals here.

Naturally Jody Shelley and Donald Brashear fight when I am in the tunnel going from one side of the rink to the other, but hockeyfights.com posted a video clip of the fight here. I am the first to admit I was not as positive about Shelley when he was with Columbus, but scroll through some of his fights this season on HF. He is having an incredible season, and Todd McLellan is throwing him out on a line with Marleau and Thornton late in the game, and sometimes subbing Marleau or Thornton at center on the fourth line. Something to keep an eye on.

Thanks for hitting the highlight video.