I was talking to my brother yesterday and we were in agreement that if the Kings could somehow combine Erik Ersberg and Jason Labarbera, they'd have the perfect goaltender (basically, Roberto Luongo). We then decided that if they somehow grew a child in a lab from their genes, he'd grow up to be: 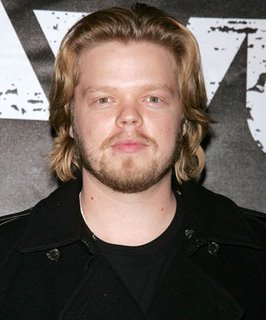 ...the dude from Idle Hands and She's All That. (He was also Fulton from Mighty Ducks.) I have a gift for placing faces, what can I say.

My brother also has a similar gift (and a similarly small penis) and pointed out that Edmonton's new goaltender looks exactly like Evgeni Malkin: 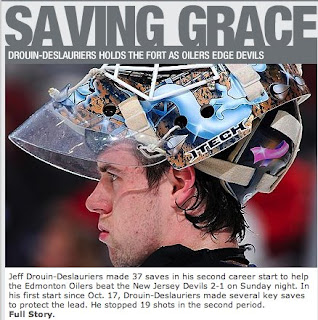 Also, and this is completely unrelated, but what the hell is Twilight? I went and saw Role Models this weekend and they had a trailer for this emo vampire movie; I sat there with a confused expression on my face for about 30 seconds and then muttered, "What the fuck is this shit?" Teenagers are retarded.