Share All sharing options for: What's eating the Dallas Stars?

The Dallas Stars are stumbling worse than a fat chick after 15 tequila shots. Seriously, tonight's loss to the Chicago Blackhawks (6-3) was ugly. The lowlight was Kris Versteeg's goal on Turco, in which the Stars made the talented rookie look like the second coming of ... well, Jonathan Toews.

(My internet connection has been Turco-like in its consistency, but I'll keep an eye out for Versteeg's goal. Link it in the comments/edit this post if you find it before me.)

It's easy to blame everything on Turco, but it's obvious that this isn't all his fault. Honestly, it's really hard to pin the tail on this blame donkey.* Could it be that, after being unappreciated and hard working for all these years, the Stars relaxed once it started to believe its press clippings? Did Turco morph into Dan Cloutier? Can they find a way to blame Sean Avery?

* - Ever wondered what it looks like to die in print? Wonder no longer ...

ANYWAY, it's getting harder and harder to stick to the "don't panic, it's still early" plan. Really, at this point the Stars can only hope for a dreary #8 seed and an absolute shellacking by the Red Wings or Sharks. The Pacific Division is off in the distance and the NHL doesn't use Mario Kart's "don't make loser kids sad, let them inexplicably go from 12th to 1st place" logic so they might as well kiss that goodbye.

How fucked is this team? Is it time to admit that the Stars just need to cut their losses and get into the Tavares sweepstakes? Do they even have their first round draft pick this year??? 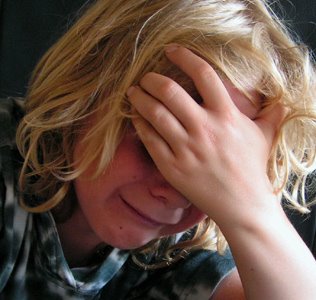 What a disaster. So, what now?