When the ketchup starts flowing...

Share All sharing options for: When the ketchup starts flowing... 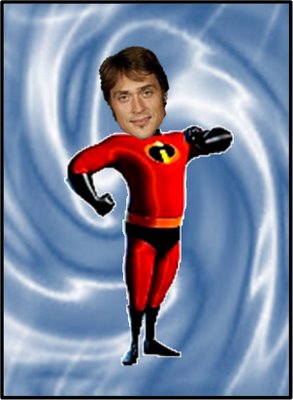 Some people wonder why Ducks fans are so patient for Teemu Selanne to make retirement decisions.

The Ducks' win streak came to an end Halloween night in a game that seemed to be haunted. The Ducks opened with two PP goals (one on a Luongo miscue), but Bernier got one back for the Canucks 19 seconds later. That would end up being the first of five straight Vancouver goals -- over a span of 7:22 in the second, they scored on four consecutive shots. 18 seconds later, the Ducks responded with 3 goals in 1:40 to tie the game at 5.

In total, that was seven goals in just 9:20 of the second period. (Anaheim's goal horn called in sick today, by the way.) Anyways, after exchanging goals in the third the game goes to a shootout. After a Selanne miss, the next two shooters score, then the next twenty-two shooters miss, before Mattias Ohlund put the winner past Jonas Hiller in the spooky 13th round.

Basically, insanity. And you want to know the craziest part? The Sedin twins played over 21 minutes apiece in a game that featured 12 goals, and they weren't on the ice for any of them. As for the Anaheim twins, Corey Perry was able to answer Getzlaf's 5-assist game against Detroit with a 1-goal 4-assist game of his own.

And yes, that is an accompanying image of the Finnish "Dash" Flash to go along with Mr. Incredible.