The Kings' power play feels shitty right now. The numbers don't really back me up (the Kings are about where they were last year, around 17th) but I don't know, I'm still not a fan. There's something vaguely unlikable about it; if the Kings' power play were an actor, they'd be Cole Hauser.* I think the problem I have with it is that it relies way too heavily on the Kings' forwards to move the action. When the Kings get the puck in the opposing zone, they end up passing it back and forth between the forwards while the defensemen just kind of stand there. There's no movement, there's no position-switching to confuse the defense. You kind of kill the man advantage when you allow the defense to stand still. What the Kings need is a small, nimble puck mover, one that can get involved in the play. Maybe pair him with a big, aging asshole with a booming shot. That would work.

*Dude just looks like an asshole, you know? By the way, I've always thought a cool movie would be Hauser and Josh Lucas conspiring to kill Matthew McConaughey so they can get his movie roles.

Another problem with the power play? The top defensive pairing (most of the time) is Doughty and Preissing, while the other is Jarret Stoll and Kyle Quincey. Doughty and Preissing are both Feeders, in that they are usually best at corralling the puck and setting up their other defenseman for a one-timer, while Stoll and Quincey are both Boomers and are best at shooting the puck. I would say the Kings should switch things up but I think the reason the lines are this way is probably because Terry Murray doesn't trust Stoll and Preissing defensively. That's probably a good decision. I don't see this changing until Jack Johnson gets back. 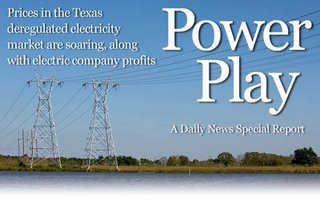 Finally, the Kings have absolutely no one that can deflect the puck on the way to the net. Seriously, it seems like other teams are constantly scoring on deflections and tip-ins while the Kings are busting their asses trying to score nice goals like a bunch of chumps. Dustin Brown and Kyle Calder are the men in front of the net on the Kings' power play, but they usually try to sneak open for shots or try to bang in rebounds. Make them stand in front of the net and deflect pucks like they do in peewee. 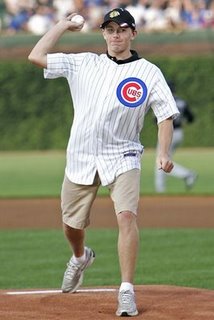 Unrelated, but how is this guy good at sports?


The Kings' power play hasn't been terrible this season, but it hasn't been great like it should be either. I think the power play will go the way of Anze Kopitar and Alex Frolov; if they're doing well then the Kings will be fine. If not, then they're boned. I still think the Kings should switch it up and give Frolov primary ice time on the power play instead of Kopitar, but that's just me. Either way, a good power play can help a team when they're slumping and it's exactly what the Kings need right now.


In case you haven't been paying attention, it's fashionable for Kings' fans to declare Erik Ersberg the 2nd Coming while accusing Jason Labarbera of taking 2nds at the pregame spread. The reality is that they were pretty close, Ersberg was just more consistent and had fewer terrible games, but last night kind of changed that. Labs has been playing excellently of late and will probably get the start tonight. He had 30 saves in 2 periods last night and was only really done in by the shootout, which is his Everest. If you're in want of a good time, go on a Kings' messageboard and read how it wasn't Ersberg's fault last night and how even though Labarbera didn't mess up too bad did you see him in the shootout oh he's fat. It's hilarious.


The Kings are playing the Columbus Blue Jackets tonight. They played valiantly in a losing effort to the San Jose Sharks last night. Will they be hungry for a win after being denied against the Sharks, or will they be deflated and tired after a game the night before? I'm sure the sportswriters will wait and see how they play and then tell us.

Prediction: Kings win, 4-3. Goals by Brown, Frolov (who is on a 4-game goal scoring streak), Stoll and Calder.