Last night the Kings were leading, 1-0, going into the 3rd period. They hadn't played particularly well, but had used a fast start to gain an advantage on the scoreboard. During the 2nd intermission, Terry Murray stressed the importance of not taking a penalty because the Kings had just been given a 5-on-3 (which of course they didn't score on) late in the 2nd. The very first shift of the 3rd period, Sean O'Donnell carried the puck up ice and attempted to pass it out of his own zone. Unfortunately, he bounced it off a Toronto player and then hooked another Toronto player that was attempting to skate the puck into the zone. Penalty, Sean O'Donnell. The penalty was exacerbated by an unfortunate Dustin Brown trip and the Maple Leafs scored on the two-man advantage. 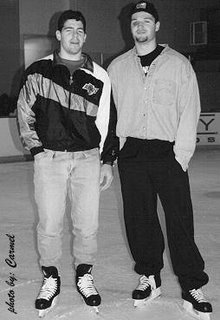 Still, the Kings were tied and only had to kill off the rest of Dustin Brown's penalty. O'Donnell was rested because he had been in the box and came out to kill the penalty. He made a nice play to corral the puck behind his own net and tried to pass it to Drew Doughty. Unfortunately, there was a Toronto player standing in the way; the Toronto player easily intercepted the pass and relayed it to a teammate in front of the net for an easy goal. 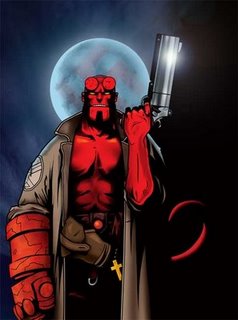 No King had a good game last night, with the possible exception of Alex Frolov, but I don't think I've seen one player screw up a team's chances of winning a game that much since Denis Gauthier thought he was a Red Wing at the beginning of the season. I think of players as contributing positively and negatively; some players, like Tom Preissing, are going to make a lot of good plays that contribute to goals but they're also going to fuck up and cost the team goals. The trick is to get more positive plays than negative plays. Sean O'Donnell does not make many positive plays but he usually doesn't make many negative plays. I like O'Donnell and I don't want to be mean to him or anything, but he cost the Kings the game last night.


Kind of funny: last night, some shitheel named Andre Deveaux got feisty with Anze Kopitar, hoping to send a message to the Kings or some such. Brown bumped Deveaux, then Peter Harrold came over and shoved him. Then Raitis Ivanans came out on the ice. Ivanans followed Deveaux all over the ice, trying to convince Deveaux to drop the gloves. Deveaux refused, both because he was trying to goad Ivanans into a penalty and because he didn't want to die. Then, after the whistle, Wayne Simmonds tried to get Devaux to go and again was refused. It's good to see teammates standing up for one another.


Phoenix has kind of sucked this year, huh? They're 28th in the league in scoring, which is not what I expected. They're also missing Olli "Big Baby" Jokinen, who is out with a shoulder injury, so this is another game that the Kings should win. Let's hope the Kings play a little better tonight.