How to Score a Goal

Share All sharing options for: How to Score a Goal 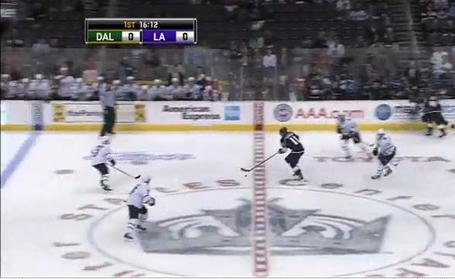 Step 1: Receive puck from teammate and notice that you're surrounded by 4 opposing players 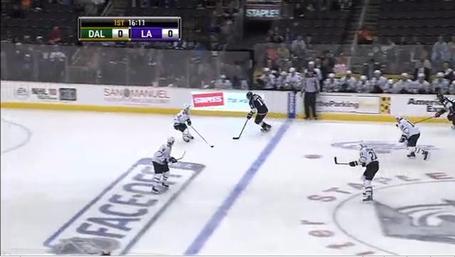 Step 2: Take the puck wide while entering the zone and increasing your speed 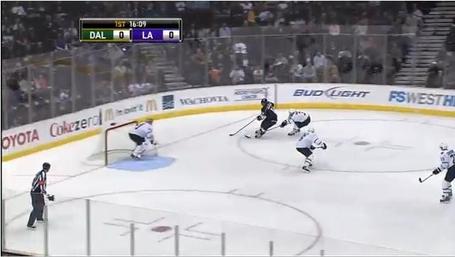 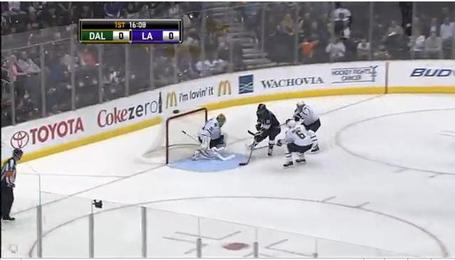 Step 4: Cut to the inside with the puck and fake a shot to keep the goaltender anchored to the inside post.  Fight off the simultaneous hooks to your torso and hands and cut across the crease. 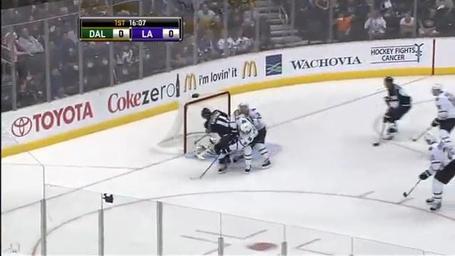 Step 5: Cut across the length of the crease past the outstretched pad of the goaltender and deposit the puck into the net.  And remember, you're getting hooked this whole time so you should hold tightly onto your stick. 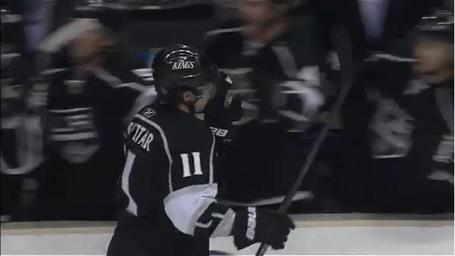 Step 6: Celebrate with your teammates.  Congratulations!  You have just scored a goal.

Seriously, how good was Anze Kopitar last night?  The Purcell-Stoll-Lewis line sucked, Rob Scuderi effed up a lot, Jonathan Quick looked like shit all night, and none of that ended up mattering because Kopitar took over the game.  On top of that goal above*, Kopitar had a great fake pass and then charge to the net and then a fluke goal for the hat trick, the first of his career.  He's now tied for the league lead in points.  Will that last all season?  Yes, absolutely.

*A lot of people are going to blame Stephane Robidas for that goal, but to be fair to him that was a pretty sick move by Kopitar.  Kopitar's 6'4", so you figure he swung the puck about 8 feet when he switched the puck to the outside.  Robidas went from in position to embarassed in about .5 seconds.  Honestly, who stops that?  Chara, Pronger (whoops, nevermind)... I can't think of anyone else.

People are also going to blame Alex Auld, arguing that he should have poke-checked the puck away from Kopitar's stick when he cut across the crease or get his pad to the opposite post.  In his defense:

1) He wasn't expecting Robidas to let Kopitar go around him like that;

2) If he had tried a poke-check Kopitar could have easily slid the puck between his pads or Auld might have missed, leaving him way out of position;

3) He had to guard the near post to protect a shot to the short side and it's a tall order to expect any goaltender to make a cross-crease slide when all his weight is leaning the opposite direction from where he is supposed to slide.