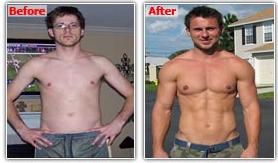 The bet is simple: if the Kings finish higher than the Ducks, I win.

If the Ducks finish higher than the Kings, I don't win.

It's the 2nd greatest bet of all time, behind the bet in Can't Hardly Wait (I'm Freddy Prinze, Jr.).  The terms of the bet?  Simple, yet devastating: sig change.  If I win, Earl has to change his signature to something embarrassing for the entire off-season.  If Earl doesn't lose, I have to change my sig to something like, "The only things smoother than Corey Perry's skating skills are his balls on my chin."

And this is where you come in.

We are asking you, our smokin' hot readers, to come up with some ideas for good signatures that I one of us will wear in shame at the end of the season.  Post your ideas in the comments and we'll have a vote when I one of us loses in April.  My original idea for Earl was, "I sure do deserve a 'pun'ch to the face," but I know you can do better.

-The Kings have decided their 4th line for tonight's game and I'm this close to being excited.  They're playing Brad Richardson at center, Trevor Lewis at right wing... and Ivanans at left.  Whatever.  I'm still trying to run down whether or not Trevor Lewis is a wing or a center, since he's always played center but has switched over to wing this entire preseason.  Oh, if only anyone important returned my e-mails!

-The Kings have a new goal song, finally ridding us of that atrocious song that has plagued rinks across the country.  (You know the one, the one that kind of sucks.)  They basically ripped off the "Hey!  Hey!  Hey hey hey!" part of the Rangers' goal song, which is fine because that is the best part of the best goal song in the world.  Hey!

-If Shane Doan and Ryan Smyth collide while battling in the corner, do they turn into maple syrup?

-Speaking of Smyth, I don't know how to boo without sounding like the old lady from Princess Bride so I'm not sure how to properly show my displeasure towards him.  I'm thinking I might give him the snoot salute.  "Boo, Ryan Smyth, and again I say boo!"

-There's still no concrete word on what the special team lines are going to be, so it'll be interesting to see what the Kings throw out tonight.  On the penalty kill I think the Kings will run Stoll-Brown and Handzus-Frolov units, with Kopitar, Williams, and Simmonds getting minutes if needed.  It's interesting, the Kings have like 9 guys that can play short-handed.  Oh, that's not interesting?  Scew you buddy.

*I don't get this show.  I've watched the first 2 episodes and the were just the worst.  The acting was terrible, the humor was weird and inappropriate, and why the fuck are people driving home the day after a global disaster?  I don't get shows like 24 or Lost either, so I think it's my problem.  Everyone I knows seems to think it's pretty good.  Oh well, at least there's Community.**

**I almost cried I was laughing so hard at the end of the last episode when the Dead Poet's Society teacher made his big speech and then started climbing a tree.  Also, "I will have... a birthday cake!"

-Kings game tonight. I'm trying to think of a Kings team I've liked as much as I like this one, but I'm coming up with a blank.  I mean, I hate Ryan Smyth, Jack Johnson is a douche bag and Peter Harrold is terrible but other than that I love everyone on this team.

Justin Williams looks like the villian in a Jean-Claude Van Damme movie.

Ted Purcell is tantalizingly talented and I hope for the best.

Dustin Brown is the captain, bold and moral.

Wayne Simmonds is the meat train.

Brad Richardson is probably of Norwegian descent and is thus cool in my book.

Trevor Lewis is a big mother fucker and will hopefully be a badass shutdown player in the future.

Drew Doughty once made a mistake; he said he wasn't amazing when he was 7.

Sean O'Donnell is an angry old goat who once kicked an ogre's ass.

Rob Scuderi is an angry goat.

Davis Drewiske... is also there.

Erik Ersberg gets carded when he goes to R-rated movies.

Terry Murray always looks like a meerkat when he thinks he's spotted a grub.  The meerkat Terry Murray, not actual Terry Mur... wait, hold on.

Yep, I think this may be my favorite Kings' team of all time.  Maybe it's coloring my predictions for this season, but I do honestly think the Kings are going to make the playoffs this season.

The Kings have a mountain to climb.