Dodgers/Kings Gameday: BoC in No Way Endorses the Cool Crime of Robbery

Share All sharing options for: Dodgers/Kings Gameday: BoC in No Way Endorses the Cool Crime of Robbery 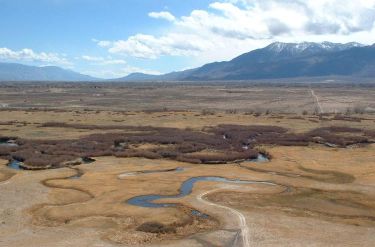 I've had a few people ask me what I thought about King's Ransom, the documentary about the Wayne Gretzky trade.  The truth is, I didn't watch it.  They may take away my blogging card but I really, really, really don't give a fuck about that trade.  I don't care about anyone else's sadness when we here in California get something cool.  People want to come here because it's awesome, I can't do anything about it.  The truth is, Los Angeles has done it before and we'll do it again.  LA is only here because we stole water from Owens Valley.  (Chinatown!)  We stole the Dodgers from Brooklyn what, 50 years ago, and we still never hear the end of it.  We stole the Lakers from Minneapolis and didn't even change the name, despite the fact that we had to steal water from Owens Valley because we have no lakes.  We stole Wayne and Shaq  and Pau and Manny somehow, despite the fact that they were acquired through trades.  And we're going to steal the Jaguars in a couple years.  It's what we do; we steal shit.

The truth is, this is what happens.  Since the founding of the United States, shit has moved west.  Since the 1970s, the NHL has moved south.  It sucks if you live somewhere else, but it's not going to change.  Sorry.  *shrug  It's awkward because the side losing something will tell you high and low that they have no animosity towards the fans that gained what was lost, but there's no way you can't hate someone cheering for what you used to love.  Ex-wives may say high and low that they don't hate their husband's younger new wife, but does anyone actually believe it?  At the same time, new fans have to wrestle with the fact that no one thinks their new relationship is legitimate.  No one has sympathy for the younger wife.  It's an awkward situation and we've gone through it in LA that we've kind of stopped caring.

Although, I will say that we lost the Rams and the Raiders and you don't hear us whining about it.  Maybe it's because we stole them in the first place.

Sean O'Donnell is back tonight, which means the Kings will go back to their usual defensive pairings:

I'm a lot more comfortable with this line-up not only because it puts an offensive defenseman with a more defensive one, but also because it puts a finesse defenseman with a guy that can clear the crease.  Having good positioning is great but it helps if the forwards on the other team know they're going to pay a price at the front of the net.  This line-up also means Doughty can get more even-strength time with Drewiske if the Kings are coming off a penalty kill (or if the other team scores on their penalty kill, which happens a lot more often).  I'm not sure about Minnesota's lines since the season just started, but I'm sure Fro-Hand-Meat will get whatever line Havlat and Koivu (the Mikko one) are on.

The best part of tonight's game might be the 3rd line match-ups, as Cal Clutterbuck will most likely be on the ice at the same time as Dustin Brown.  Hopefully Cal has a notepad handy so he can see how to check a lot and still, you know, play hockey.

Prediction: Kings win, 3-1.  Who cares who scores, the important thing is that the Kings finally play a solid defensive effort tonight.