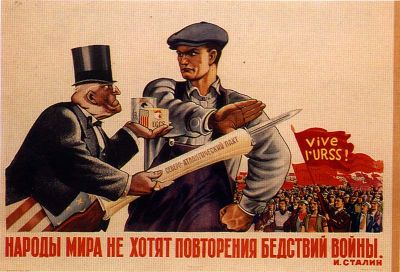 We're screwed. Screwed like the Russians after the Battle of the Yellow Sea.

When the Kings lost Ryan Smyth and Rob Scuderi, I figured, "Well, I guess Smyth's only out for a month, that's not that bad." Then I looked at the schedule. Starting today, the Kings have 13 games and 10 days off until the middle of December. Right now they're missing their 1st line left winger, 3rd line center, and their #4 defenseman. Oh yeah, Jarret Stoll is out too with boneitis or something. Oh, and Thomas Hickey tried to play through a shoulder injury before finally getting surgery, so he's out 4 months or so. Oh, and I just burned my tongue. Just not my week, I guess. Next thing you know, someone's going to try to poison me, then shoot me, then throw me in a frozen river.

Don't worry, though; Smyth should get back just in time for the Kings' fucking 8 day lay off the week before Christmas. Really, I'm actually starting to think the guy is doing this just to fuck with me, or maybe to get me back for all the times I said I wanted to kill him. I'm sorry, man, just please stop. Uncle.

On the plus side, Russians! The Kings called up Andrei Loktionov (and Brandon Segal, but who gives a fuck about him) to replace Jarret Stoll, so the Kings have now doubled up* on their Russian quotient. Just imagine Loktionov walking into the locker room and Fro bursting into a big smile before they chatter incessantly in Russian while pointing and laughing at their confused teammates. I don't know why, but I just love Russians so much. Maybe it's because my dad minored in Russian history in school, or maybe it's because I'm a communist.

*Steve Physioc and Rex Hudler got fired yesterday, which sucks because they were incompetent and hilarious. I'm kind of glad Physioc got canned though, because he always used to do something to bothered the shit out of me; whenever a team was down 4-1 or 6-2 and they scored a run, he would always say, "And the lead has been cut in half." No it hasn't, you idiot.

The Kings shuffled up their lines a little bit to help out Loktionov, making him the meat in a Frolov/Brown sandwich. (Nice mental image, eh?) Getting the big call up to the top line is Teddy Purcell. This is probably his last chance; if he can't produce playing alongside Kopitar and Williams then I'd say his career as a King is pretty much over. Scott Parse is playing alongside Handzus and Simmonds. I have to say, that's exactly what I would have done if I were Terry Murray. I like how Murray has pretty much been spot on all season except for like 3 times when he's fucked up spectacularly. I guess that's all you can really ask for from a coach.

Lubo tonight! I miss that little guy. Too bad the Kings are going to treat him like Vladimir Putin treats natural rights! Haha... hey, who are you? Where are you tak- oww, that hurt!

Prediction: Czars win, 4-2, thanks to goals by Frolov (x2), Loktionov and Purcell.