Kings Gameday: I Was Editor of the School Magazine!

Share All sharing options for: Kings Gameday: I Was Editor of the School Magazine! 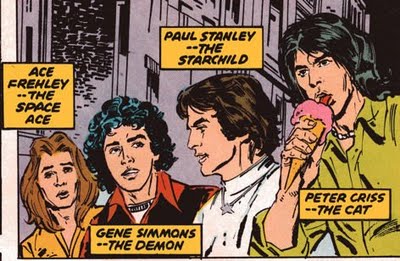 Last week the Anaheim Ducks had KISS Night and it struck me that KISS was the perfect band for the Ducks: they suck, they're over-commercialized and their fans eat it up because they're idiots. Then I started thinking about other metal bands and who they'd best represent. I'm not really into hard rock (Matt & Kim 4 lyfe!) but my old roommate Megalodon is a loser who thinks metal makes him cooler (it doesn't) so I had him chip in and help out. Here goes:

A pretty good Southern band that was done in by a tragic accident; for some reason they're still around.

Not really, but I just like to think that there is some guy living in Boston who hates the Dropkick Murphys and every time he hears "Shipping Up to Boston" he dies a little inside. Jesus Christ guys, we get that you like Boston, now write more songs about rats getting drunk.

A pretty good group done in by their ridiculous uniforms/name.

Both are led by a weird looking albino.

There are a lot of pussies in this group.

Remember how Pearl Jam was really good and everyone loved them, then they started sucking and everyone stopped listening to them, and then they got good again but no one cared?

They've always sucked and they murdered one of their fans.

They've been the biggest group in the world for a very long time and it almost makes up for the fact that they're all whiny little bitches. Plus they dive.

The only thing that exceeds this band's level of suck is their fans' insistence that they're actually good.

Who? Oh yeah, I think I remember them. I guess they're OK.

It's a trick question.

They have been around forever in a lot of different forms and they've all sucked. Their Achilles' Heel (goaltending/ lack of singing ability) will always doom them.

Jesus Christ are they boring. WHAT THE HELL IS THIS SHIT, ACTUALLY DO SOMETHING!!!

They apparently have fans but fuck if I've ever met one.

I've always liked them because of their frontman but I don't tell anyone. The people who like them are probably really lame. Like me.

Haha, the fuck is this shit?

They're really popular and get a lot of press, but they really only have like 2 good songs. If you find someone that actually likes them, you should probably get away from them because they have chlamydia.

Have you ever heard of a good French hard rock band? Me neither.

You think they're awesome because they're ridiculous but it kind of loses its luster when you realize they're serious.

Not so much a real band as a pale imitation of something that kinda sucked in the first place.

It's hard to tell who's more annoying: the bandwagoners who only like them now that they're popular, or the losers who won't shut up about how they once saw them in a honky tonk bar back in '99.

They're really good so people just kind of ignore that their star is as queer as the day is long. 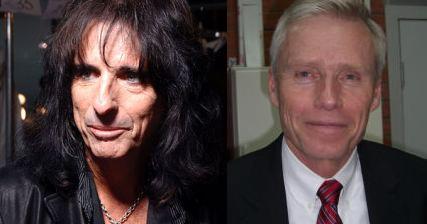 They're kind of a one-hit wonder but that one hit was really good. (Hocus Pocus rules.)

For some reason they think they're still relevant even though their last good song came out in the '60s.

You'd think they'd be a lot better when you look at their roster but they never seem to do anything good.

I love them even though none of them can speak English.

So inconsequential I forget they exist!