Aww, remember when this matchup was playoff-relevant?

Well, this is awkward -- two teams still sore at each other for last spring's second-round playoff series get another chance at G7 revenge -- except now with both teams sitting outside of playoff spots, it's also become two critical "catch-up" points for these once-playoff-mainstays.

I did have a good time watching the Ducks' last game at a bar with commenter/pal Gordon Bombay and another Ducks friend, and one thing that he impressed upon me was that I was being entirely too blog-despondent about the Ducks' 15th seed (and at that time, the 3-goal deficit) -- I needed to exhibit more Positivity!.  "After all," he pointed out, "the season's only about one-third done, and the Ducks are only eight points out of a playoff spot."  I had to look it up to verify, and was shocked to see that he was right -- I had just assumed that things were worse.  And after the comeback win Tuesday night, the gap has now even closed to seven standings points.

So yeah, Coach Bombay is right -- I have been too melodramatic about the whole start of the season.  It is high time I threw some Positivity! into these posts.  Who cares that the Ducks haven't won a road game in two months? 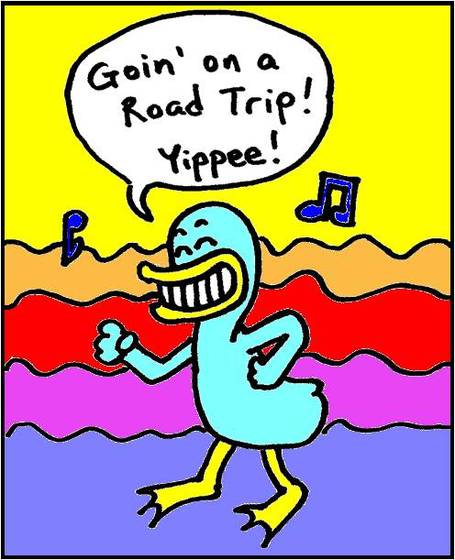 In the meantime, I think it's time for a BoC nickname discussion, based on rookie Dan Sexton's first two NHL goals and club-rookie-record 9 SOG, playing second-line minutes alongside Saku Koivu and Bobby Ryan.   I'm torn a bit on what to nickname the kid, because I do really like Spade's use of "Sex Monster", but I know plenty of people are already calling him "Big Sexy" (including his teammates), and that has plenty of appeal for me, too...

Side Sleek Story: When I'd come back home to SoCal during my college years, I had a deck of WCW / NWO-themed playing cards which some friends and I would use to play long-running games of late-night gin rummy.  In rummy, the valuable cards are normally 10s, face cards, and aces, but when we played with this deck, the 9s developed into somewhat of a legend, mostly because of the intensity of Big Sexy's glamor poses: 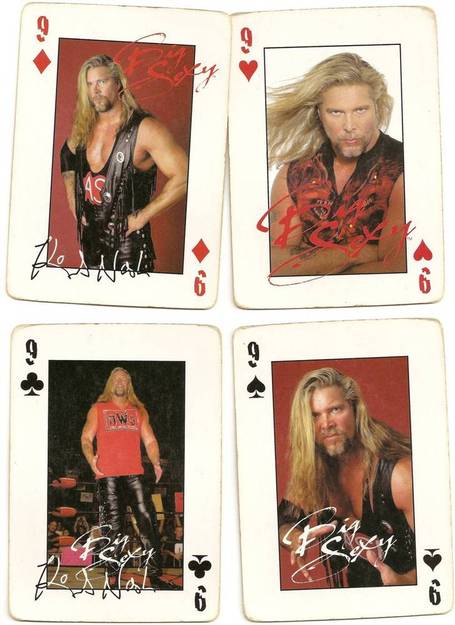 Check out that nine of hearts glare.

Eventually, we got to the point where we'd surrender aces in the pile just to "protect a Sexy" in a hand, and when somebody got to lay down a set of Big Sexys, it was a real achievement.  So yeah, that's lame and stupid, but there it is -- it's the legendary card that comes to my mind when I hear the nickname "Big Sexy"...

Of course, with my habit of bad puns and assigning players with horrible nicknames, I can't help combining these three aspects that I know about the kid: 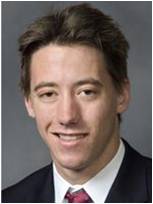 Who's with me?  Offer your suggestions in the comments.