Whoops, running really late today!  I did draw a cartoon, though. 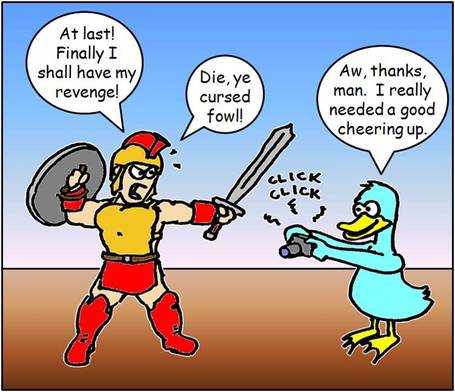 We should do this playoff matchup again some time -- probably not this year, though.

Since the lockout, the Ducks and Senators have faced each other eight times -- three regular season plus five Cup Finals games -- and the Ducks have won seven of the eight.  Thanks again, Chris Phillips.

Prediction: Ducks actually win this one 4-1, goals by Perry, Nokelainen, Scotty, and Ryan.  Unfortunately, the win is only worth two standings points, so the Ducks stay in fifteenth.