Since my brain began to turn to mush, the Western Conference bubble study did not include much information on the Kings. Usually, I'd leave this deal to Rudy Kelly but for the sake of continuity it seems reasonable (with Los Angeles being on a hot streak) to take a glance at their schedule and see if they could manage a playoff run.

The Kings face some tough challenges ahead, with nine more games on the road than at home. It could be worse than three back-to-back games, though. 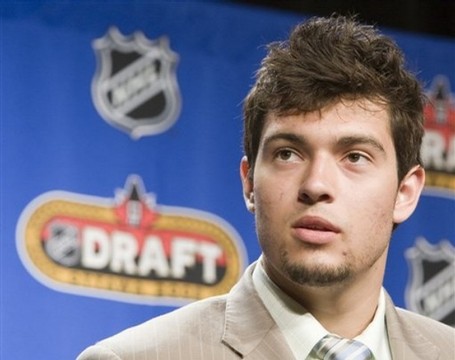 Drew Doughty: gift to all Western coaches looking for bulletin board material

They're about to play the last game of a five game roadtrip in which they've managed to win three out of four games. The next tough stretch starts with a back to back in San Jose and Anaheim, with a quick stop home against Phoenix and then a five game roadtrip against playoff contenders (MIN - PHI - DET - CHI - CBJ).

March and April end in unfriendly ways as well. The Kings face a tough mid-March run: two games on the road (VAN - SJ), one at home (Nashville) and then a six-game roadtrip (BOS - PIT - CHI - STL - DAL - NASH). Right around the end of the season, the Kings play four of five away from the Staples Center (home and home with Phoenix, then CAL - EDM - VAN).

Really, the Minnesota Wild might be the only team on the bubble who can relate to the Kings brutal remaining 31 games. If the Kings manage to make the playoffs, they will deserve it.

Don't be too shocked if they end up getting a top-10 draft pick again with that remaining sked.

Another mind blowing look at the Western Conference bubble after the jump:

Rest of the bubble update: The Ducks are in trouble and probably cannot hope for much better than a bottom two seed. They face a very real danger of missing the playoffs. It kind of surprises me that Chris Pronger is the trade rumor du jour when he's the only legit D under contract in Anaheim for next season. My guess is that Scott Niedermayer must have some sort of no trade clause or maybe there's worries he would demand that his brother Rob would have to join him.

Otherwise, wouldn't Lightningbeard be more likely to be on the move?

Some fantastic number crunching at mc79hockey only illuminates just how muddled and confusing the playoff picture really is. Thankfully, none of the bubble teams except the rapidly-pulling-away Stars played on Monday so we can still look at these numbers as up-to-the-minute.

What changed the most

The outlook for Vancouver is much improved because of their improved play, but also their improved outlook. Although they have 17 road games to 13 home games left, they face the weakest competition. No team faces less playoff teams (13), back to back games (3) or games against the top four-seeded West teams (4). That certainly makes the Canucks seem a lot safer (it doesn't hurt that Mats Sundin looks like a star player again, either). 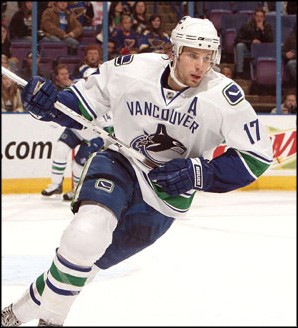 The Blue Jackets have a tougher schedule once you factor in the numbers in that great snapshot. Only Anaheim played more games so far this year. Columbus faces the second most back-to-backs (behind Min's insane 8) and have the second most games against the top four with 9 (behind Min's and Nashville's 10).

It's not impossible for the Blue Jackets but the situation certainly did look rosier last week.

MC79 also referred to the Wild's schedule as brutal. Although they still have 30 games left, 18 of them are on the road. As mentioned before, the Wild must go back to back more than any team in the league (8), tie the Predators for most games against the top four (10) and play a low scoring style that means they will probably not be playing many "easy" games.

If you were dumb enough to gamble on the Western Conference bubble, you'd have to bet against the Wild. 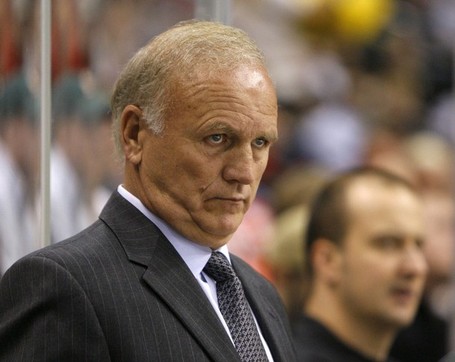 Edmonton also is what I thought they were: not a guarantee with up-and-down play, but in a decent situation with the easiest remaining schedule for teams with normal games played (you can make the argument the Ducks' schedule is comparable but they've played four more games).

OK, here's what I'm seeing as of today (good lord)

6. Vancouver - Three points behind Anaheim with four games in hand and easier schedule. Plus, two of their four best players are still settling in.

7. Anaheim - This is where it gets a little confusing. But you have to like the combination of superior talent + easy remaining schedule + semi-decent cushion. Even Howard the Duck was more trusthworthy than these Anaheim critters.

8. Edmonton - Oddly enough, the Oilers feel safer than the Ducks.

Big, hearty hat tip to MC79 hockey for hitting the rare "stats that matter AND make sense to idiots like me" plateau. Well done.